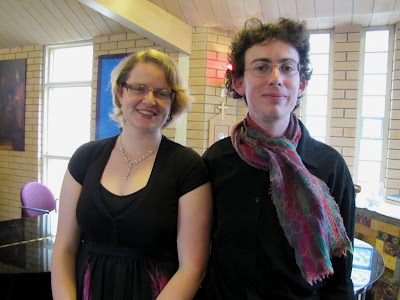 I have to admit I had to check the spelling of Bohuslav Martinů (and more besides). Jack Hobbs and Kimberley Steele played Martinů as the first of four tunes at St Albans. Then Brahms and Beethoven and Arvo Pärt. I’ll admit I always check the spelling for Arvo Pärt, but at least I know him well enough. What a wonderful concert this was: beyond any expectation. Kimberley started Martinů with piano arpeggios of strungth and confidence that surprised me from the start, then softened for Jack’s cello melody which was thoughtfully interpretive, quite a deep and touching take. I could imagine his teacher, David Pereira, in his playing and I thought of Pieter Wispelway’s personality and again searched for lost memories of a concert of Paul Tortellier in Florence. 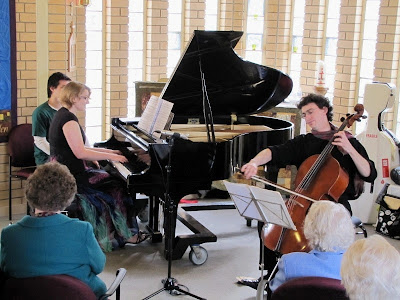 The Martinů was clearly folksy, being variations on a Slovakian theme. Jack suggested we listen for bell towers and sewng machines. I heard more dancing and rural scenes and some bouncing cello that spoke of chases and some intriguing crossing polyrhythmic passages by piano at one stage. This was impressive and interesting. Brahms was slow and sentimental, lyrical, with a deep jazz-bass-like pizzicato to start, and a later higher, thinner pizz. The Beethoven was the final movement of his A major sonata. Again, sentimental and slow but giving way to exhuberance. Aparently he wrote it while acutely deaf but prolific. It’s joyful to some degree, but more energetic and bright and there’s a fabulous yearning cello that appears a few times to which the piano responds with an inviting cheerfulness. To finish, the Arvo Pärt was a beautiful meditation in 6/8 with dotted-minum melody from the cello. I found this quite a stunning concert with a range of styles and very capable playing. Looking forward to anohtr gig with this pairing. Jack Hobbs (cello) and Kimberley Steele (piano) played Martinů, Brahms, Beethoven and Pärt at St Albans.
Posted by Eric Pozza at 2:36 pm