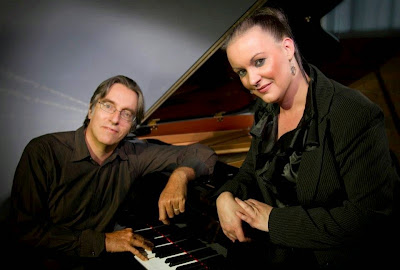 I must mark the release of two local films - The Competition and Locks of Love - because they are local, but mainly because some mates did the music for them. I'm not a film-goer but I caught one and will keep an eye out for the other.

Firstly, Locks of Love. This is the one I missed. I understand it will appear on TV for Valentine's Day and perhaps other times. It's a compilation of "11 tales by 11 storytellers linked by 1 gate", gathered around that romantic (but destructive and annoying) habit of putting padlocks on bridges to represent eternal love. See local scenery and places and hear musicians including Aron Lyon and Sally Greenaway. Also hear the gloriously poignant theme, Edge of time, in the film's trailer sung by Rachel Thorne and composed and accompanied by Mike Dooley. Mike and Rachel had to turn down a gig to attend the red carpet launch a few weeks back. Very cool. And congrats to Sally Greenaway as Musical Director for another labour of love.

Secondly, The Competition. This one I saw. It's described as "a warm-hearted story about following dreams" and it's true. It's gentle and touching and has an earthy truth about it. Nice. It's also been accepted for Cannes and Berlin Film Festivals so has some recognition. Steffie Waters is a singer living in the musically-endowed country town, Orgella Creek. Two ageing judges come to town and Steffie has to decide her future. Greg Stott is musical director and has several feature tunes and appears occasionally. As do a series of others that I recognise (James Luke, John Mackey, Dan McLean...) and quite a few Indie types that I recognise only by name. How's this as a feature list of the local indie scene: Dubba Rukki, Julia & The Deep Sea Sirens, Fire On The Hill, Casual Projects, Fuelers, Steve & Ray Amosa, Chanel Cole, Owen Campbell. Not great or deep, annoying for one period of hand-held camera, entrancing for a view of talented locals, challenging to determine the location (Gunning?), cute and nicely done and heartwarming but not totally syrupy. Just drop me off at the Sydney Con, because entry seems surprisingly easy.

Congrats to the teams who made the films, to the various musical performers, directors, composers and the rest, and to the ACT Government for ScreenACT which supports this current flourishing of local film.