The pleasure of displeasure 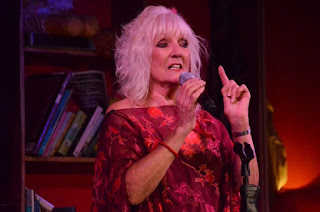 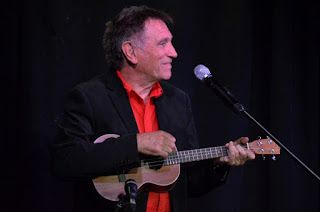 It's hard to laugh at the state of the world these days, not least the state of Australian politics, but it's easier when you are in an obviously like-minded group. Even more so when you realise you'd missed a few things that they'd caught. That's a fairly rare occurrence for me, as I keep abreast of the news, but I'd missed that Pauline Hanson had mistaken (or misspoken?) NRMA for NRA. ScoMo mostly doesn't make such errors although his lump of coal in Parliament will never be lived down. But that was another political year, not 2019, which was what Shortis and Simpson were serenading and recounting. They are a great local treasure, or perhaps Bungendorian pleasure, but not known widely like the Wharf Review. Not quite as flash professional but equally witty. It was a sad story they had to tell, the political story of 2019, and the laughs were tragicomedy rather than belly, until their spoonerism routine came towards the end of the night. How clever was that! ... to quote another theme of the political year. Aptly they started with just that, singing "How good is Australia / How good is 2019" with ScoMo providing the first notes. As the marketer he is, he'd no doubt consider this a great success, his line searing into the thought patterns of the country. The next song was of the drought, again, searing into the thought of the country, with no thanks to the LNP. Then on through the characters, Bill and Albo and Trump. I won't give away the joke, but the decision on the relevant element for ScoMo, after he was dubbed "Man of Titanium" by Trump was a great laugh. Folau got in there with a Mark Twain quote I'd never heard "Go to Heaven for the climate, to Hell for the company". Then on through the Prince of Whales (apparently another mistake, this time by Trump, and also one I'd missed). Then horses and 11,000 climate scientists and Hawkie's demise and Boris/Brexit, of course, and the election and the surplus and School excursions to Parliament and Greta and a few shorties on Medievac, NSW Abortion bill, NBN and an encore on their home town, inviting ScoMo to Bungendor-ière. And lessons, too, for Canberra locals who drive through, about the bears and that mysterious hubcap. Well, I never! We ended in uproarious laughter but the year remains what it was. Bad and probably just getting worse.

Shortis and Simpson are John Shortis (vocals, piano, ukelele) and Moya Simpson (vocals) and they performed their annual political satire show at Smiths.
Posted by Eric Pozza at 8:56 am