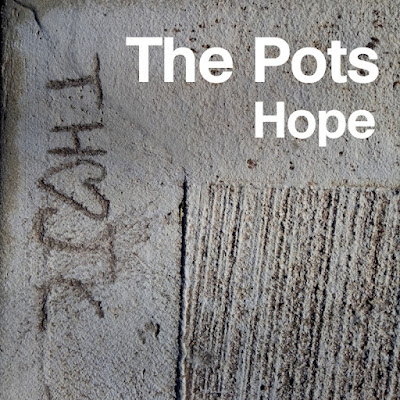 A dedication of love set in cement lays claim to the hope of a generation in the days of failing climate, democracy and equality.  Told in metal, electronics, EDM and even post-modern baroque.

The Pots, my home studio project, has released its fourth album.  Thanks partly to the time afforded by Lockdowns.  Now, The Pots is not jazz, but CJ has expanded to encompass more than just jazz after several thousand posts.  Expect electronica/prog rock with a spoken word and political themes.  Sounds pretty up to date to a kid of several decades back.  Anyway, have a listen.  It's delayed on Spotify, but is on YouTube and a string of other streaming sites, as well as Bandcamp.  Themes for this album include a homage to Greta (Adult in the room), a rant about broken politics, not least ScoMo and his lump of coal presented in Parliament surprisingly recently (Hope%less), a more lighthearted theme with my fave dim synth solo (Ah! PBO), a paean to Gramsci (Wisdom of Gramsci) and baroque, electronica and EDM instrumentals.  All released on the anniversary of the first day of Occupy Wall Street demos in NYC.  Alas, a likely portent for civilisation's future given climate denial, or even just procrastination.