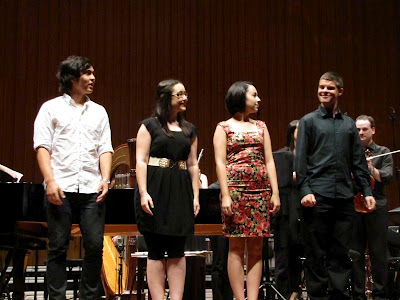 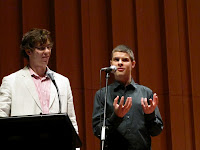 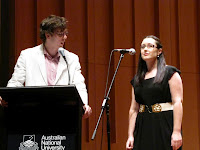 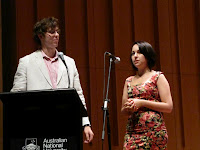 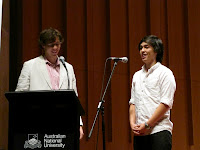 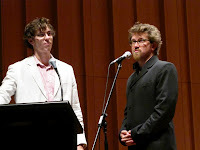 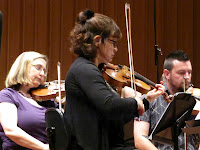 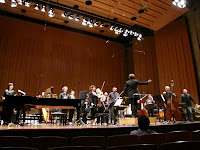 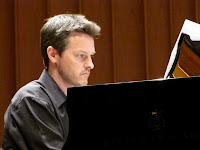 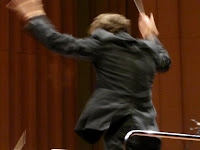 The New Sounds in Composition concert at the Australian Youth Orchestra Music camp felt like an intimate event to which you are privileged to have been invited. The audience was not large - mostly AYO students and initiates, I guess. The performers are presumably tutors or senior students and they saunter informally on stage and are nonchalant in presence and dress. But the music making is serious and the student composers are putting their work on the line and these works are self-revelatory. So being there was a generous gift. These are four premiere performances for these works by these students. There were 4 student composers, all under the tutoring of Iain Grandage and under his baton as conductor. He’s positive and supportive and must have been a great pleasure to work with. The music shows it. These were four short but impressive works that I felt had considerable substance.

David John Lang’s Litany was sparse and fragmented, attractive but minimal and remorseful. And that’s quite proper as it was speaking of war and resposponding to the song, Abide by me, and the looming presence of the magisterial Australian War Memorial in Canberra. He spoke of restructuring the piece after arriving in Canberra and that this led to its fragmentary nature, but the feeling of loss and devastation that followed WW1 must have been incoherent.

It was when I reached the second composition, Rebecca Erin Smith’s Impulsion & Opiate, that I realised the instrumentation was unchanged. The students were obviously required to write for this ensemble, although there were two sets of players each performing a pair of pieces. Rebecca’s piece was in two movements and was informed by Bill Bryson’s Short history of everything. She described the movements as Shattered and brought together, and Dawn. I was not so sure of dawn, but the picture of atoms shattering and restructuring and of hydrogen atoms existing sparsely in the vacuum of space was marvellous. This was dramatic music, with different instruments featured in rapid succession, billowing crescendos and quiet, settled notes picturing space and time. I loved this and the visual dynamics and rich colours and vibrant life of this piece.

Lisa Cheney volunteered that Turbulence was a personal musical challenge. She normally writes with steady harmony, but this compostion used serial techniques and tone rows. This was contrasting colours, ambiguiguous in harmony and movement, rich intrumental palettes, mobile lines and strong dynamics. I found it intriguing and the moving harmony enlivening even if I know and understand the style too poorly. This work borrowed from the essence of 20th Century music and remains fresh even as we take a more lyrical turn.

Last was Jared Yapp’s Cyclic. Jared is from Perth and I felt he introduced the piece with considerable maturity. It’s a study of cycles, macro and micro, and specifically personal emotional cycles. When asked if he heard that in it, he answered no, he was too close. When asked if he expects an audience to hear this, he was respectfully non-committal, they will hear what they will. An impressive assurance, I thought. The tunes were all to be under 10 minutes, but I wondered if this was longer, or perhaps the others shorter. Again, dynamics, rich instrumental interplays of short lines, percussion and especially timpani, and just occasional longer, pensive trumpet or violin melodies, and rhythmic piano and strangely a country theme (Bonanza-like) towards the end.

All this is most impressive and I respond with some awe, but also with thanks for admittance to this most intimate of concerts. Four original compositions were presented as premieres and performed by tutors and students are the Australian Youth Orchestra: David John Lang’s Litany, Rebecca Erin Smith’s Impulsion & Opiate, Lisa Cheney’s Turbulence and Jared Yapp’s Cyclic.
Posted by Eric Pozza at 5:06 pm