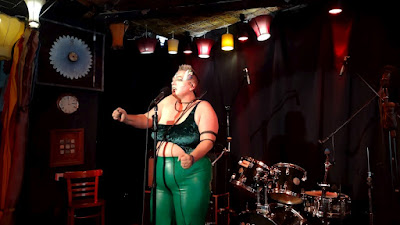 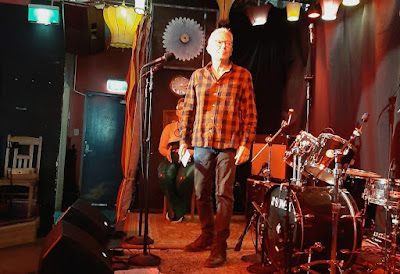 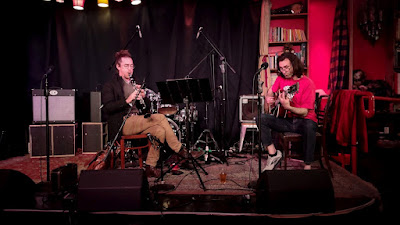 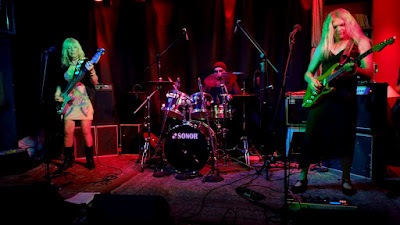 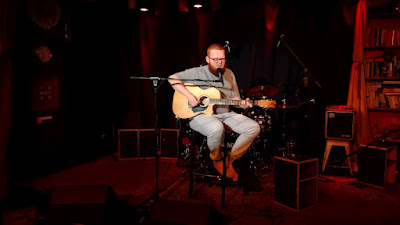 We were being revolutionary in the ACT sense, performing at Smiths' National Anti-Folk Festival, day 3. I was there to perform one song from my home-studio identity, The Pots, as an adjunct to MDM Nightingale, a mate from Melbourne.  The acts all had an hour slot (even if some were careless) and I only stayed for 3 and a bit, but what impressed me was the variation, not just the quality.  First up was Mdm Nightingale with her electronic pop.  I love pop and Phaedra does a great take on it.  I wish her the best.  Then Robbie Mann on clarinet, a secondary instrument to his stride piano, with Liam O'Connell on a century-old guitar sounding all the world like the era.  They played early jazz styles, first up Bill Bailey.  Nicely done.  Then a guitar trio, a la Hendrix and the like, Transista Groove.  I'd heard of them but not heard them, or essentially anyone quite so loud and guitary, for some time.  Mostly originals, I think, with a homage to Led Zeppelin called Lez Zeppelin, apparently with lyrics fully derived from the titles of LZ songs.  I felt the lyrics worked well and quite casually, so hard to believe this was only song names, but there are many LZ albums so maybe.  They finished with a cover, starting with riff from Chain, I think, then into Voodoo Chile.  Hendrix suited them to a tee.  Then just a first song from singer songwriter James Cahill.  He was described as acoustic tales and tunes, and the storytelling was clear and telling.  I was impressed even if I heard little.  There had been two previous NAFF sessions and this one was to go on for four more acts and just those four had been of considerable quality.  And another session... Clever town.

Amongst many others, Mdm Nightingale, The Pots, Robbie Mann, Liam O'Connell, Transista Groove and James Cahill performed for the National Anti-Folk Festival at Smiths.