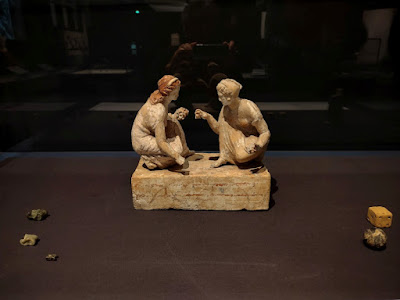 I've been to Knossos and Delphi and Mycenae and more and plenty of the famed museums that hold ancient Greek treasures but I still get excited to see such old stuff and those places have been off the agenda anyway given Covid.  So we got to the Ancient Greeks exhibition at the National Museum and I really, really enjoyed it.  It's not huge, but there are a range of life-sizes statues and stunning heads and tons of pottery of course and some gold and iron.  The two carved heads of Archilocus (?) and Euripedes were wonders.  The votive offerings were fascinating, as was any written language we saw.  The stele Apotheosis of Homer was spectacular (although even better in the professional photos with lighting) and the head of Dionysos was a gloriously beautiful face even to our contemporary eyes.  The Aphrodite throw, a little stature of two women playing knucklebones was beautiful and gloriously intimate and maybe the star of my visit.  We used to play knucklebones with much the same rules, 2,000+ years later!  The statue of Aphrodite took on a particular interest given it was acquired by Byron in Athens.  Ya gotta hand it to the British Museum for its connections!  The frieze of Greeks vs Amazons was another intriguing marble relief.  But possibly the most stunning item for me, something the likes of which I'd never seen before, was a decorative fitting of warrior supporting a wounded companion on the battlefield from ~330-300BCE.  Something new.  I enjoyed this exhibition more than I'd expected.  It's not overwhelming like those other galleries, but the objects were of real quality and diverse.  Don't miss it if you have any interest.

Ancient Greeks is an exhibition of objects from the British Museum on display at the National Museum of Australia. 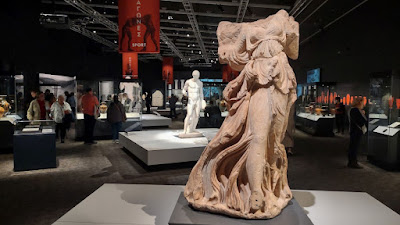 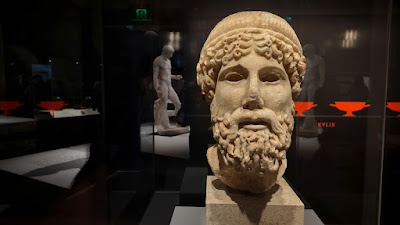 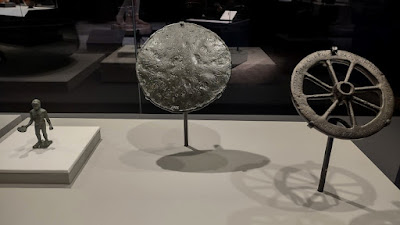 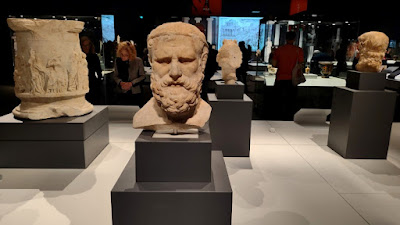 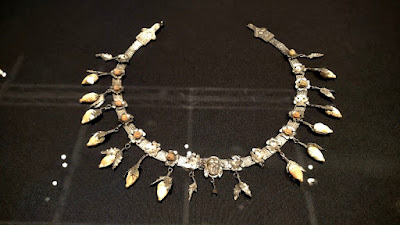