All the arias fit to hear 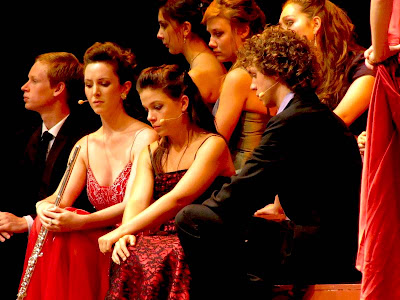 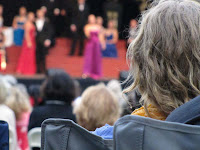 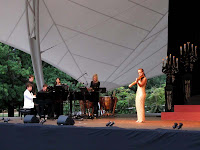 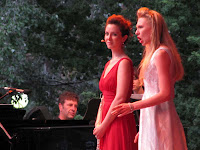 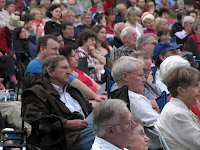 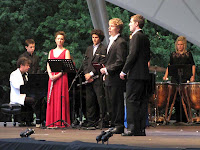 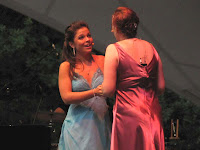 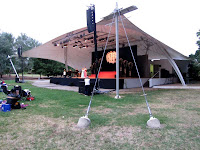 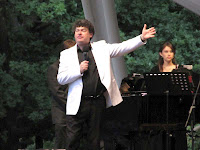 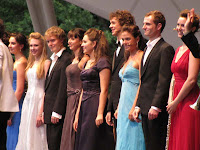 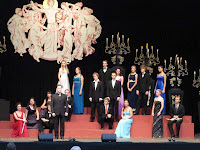 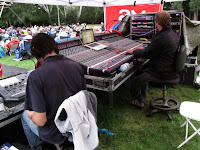 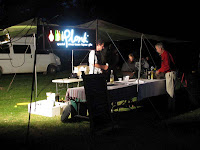 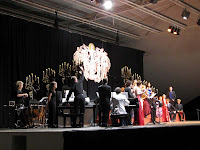 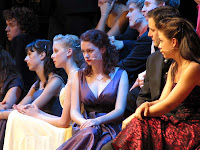 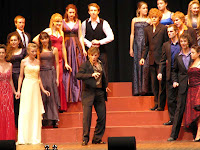 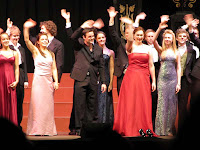 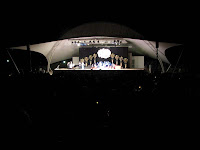 Yeah, it’s light and it’s the catchiest and most popular tunes removed from their dramatic environment, but in the end I came around. Opera by Candlelight was wistfully pleasant. The rain held off; the voices were clear and beautifully present; the traffic noises were almost non-existent and the loudest interruptions were the local birds.

This was Carl Rafferty’s annual city-wide opera outing. It’s an eminently mature and middle-class and comfy event: picnic in the park; beachchairs; old friendships; beers or bubbly; caviar and dips and cold chicken. All standard fare. But the weather was spot on: the rain held off, the wind was settled and the evening temperature was cardie-comfortable. The tunes were overwhelmingly recognisable, the voices impressive, and the backing good if limited (the synth orchestra was disappointing). But it was eminently pleasant and I went away singing the Torreador melody so I was pleased.

There were about 20 singers on stage, the women in various solid satin colours and the men in formal black and white. The musical backing was led by Carl Rafferty on grand piano, with another piano/keyboard player, and variously tympani, trumpet, flute, clarinet, oboe and violin. The musos were kept busy through the night. The singers had several massed presentations, but also took breaks off stage for instrumentals (Chopin or flute or gypsy violin with very different scales) and otherwise came on for features in pairs or smaller groups.

Opera is a strange, mannered style. I was surprised by the number of love songs and even risqué stories (but shouldn’t have been). The program talked of lustful Dons, love rivals, shameless flirting, fluttering hearts and more. Makes you think of Valentine’s Day, but it’s a week early for that. The main feature was selections from Carmen, continuing the melodramatic narratives of flirting and knifings and gaols and disreputable taverns. But there was also some nationalism, Verdi’s VERDI (Vittorio Emanuele Re D’Italia) is a historical oddity and … more love. It’s hard to take the stories too seriously but I did settle in to the voices. I felt they started off a little unsure, but quickly warmed up to be strong and convincing. In that still darkness of the second set, they were quite blissful. The PA helped. The performers were individually miked, and the PA itself was strong and full and crisply clear. PAs are one reason I love outdoor events: modern PAs are just so, so good. I savoured the individual voices and the clarity and quietness that allowed you to hear the reverb clearly falling away at the end of a line. I didn’t feel quite that clarity with combined voices, and the violin sounded just a bit harsh to my ears, but it was a stunning experience to listen so comfortably in such a large, open space. I asked the engineers what wattage they had available. One suggested 40,000 watts, but another said that measure is old fashioned and talked of efficiency. I guess he meant SPL (Sound Pressure Level) and the footprint of the sound, and this is ultimately what matters. Stunning.

In the end, we packed up our picnic and said goodbye to friends. Looking around, the place was largely empty of people, and not a bottle or other scrap to be seen. Just more evidence of the nature of the audience and the production: homely, not challenging but really quite lovely. A very civilised little entertainment!