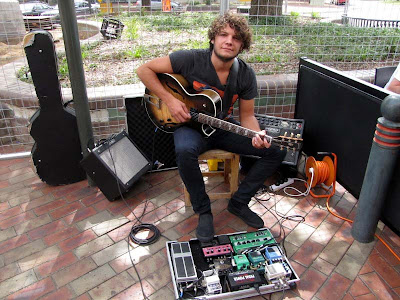 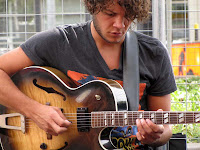 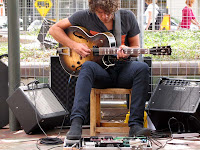 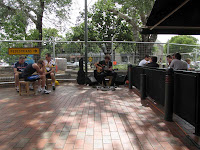 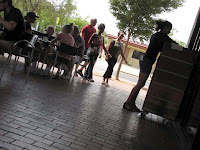 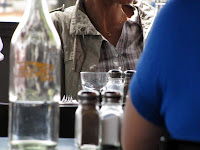 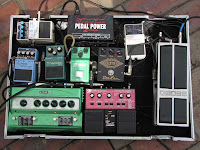 I was interested in hearing Dave Rodriguez playing solo with loops. He’s got several gigs at the moment around town in bars and cafes. He’s only one player, so he’s cheap to employ, the sounds are modern and suit a café vibe, and there’s almost no organisation for the player himself. Even arranging a rehearsal is trivial. Perhaps it could be a bit lonely, and you are very public as a solo player, but they seem the only downsides. I really enjoyed what Dave was doing. There were standards, but he treats them in a modern way, with various effects, pitch shifts, echoes and the like. Even old tunes like Stardust take on a post-modern sizzle with this gear. The bundle of effects lends itself to grooves, and there’s a good bit of that, and it’s current and popular. Even the post-bop numbers, like Footprints or Impressions, seem to take on dance grooves, probably from the repetition and wide range of pitch. It was interesting to hear from David that it’s a new interest. He was a bit of an acoustic jazz purist (unaffected guitar, standards) but he’s enjoying the new approach and different sounds. Good for business, good for the ears, and good for the excuse to get out for a real coffee. Good combination all round.

Thanks for this Eric. Does anyone know where to find out where Dave will be playing? I'd love to hear him.
Thanks, Tanya

Tanya, See CJCalendar. Look at the menu on the CJ home page. Dave just gave me this info recently so should be pretty reliable. Eric http://www.google.com/calendar/