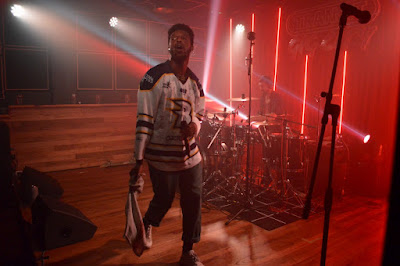 It's just a coincidence or a community affectation, of course, but Volodymyr Zelenskyy also has repeating letters at the end of his name.  Funny to see, that's all.  I had an itch to see a hiphop gig.  I know little of it.  The YT videos I'd seen were produced not live, so I know the singing style, but not the musical support, or at least the live accompaniment.  How much was recorded; how much performed?  And this gig had 3 performers so it provided a survey of the scene.  First up was Jedbrii backed by a drummer and another.  I still don't know what the other was playing, but there was always bass and often I could hear other instruments, electronics, etc.  I searched hiphop instuments on the Net and the range was everything from DJ kits to drum machines to loopers and more.  Intriguing.  And those intense drums, clumsily timed (in jazz terms, of course, not in its own terms), drunken perhaps (a style of drumming, not a level of inebriation).  And various descriptions I didn't fully understand like freestyle and rap itself   I think I now understand the difference of rap vs hiphop. Anyway I'm learning.  Jedbrii was busy, interesting, rhythmic, interactive.  I liked his set.  Those odd comments, real sick, etc.  That traipsing back and forth across the stage.  Those tunes that sat then just stopped and those drum explosions whereever.  Rhythm is all here.  Then on to Kirklandd.  The same drummer stayed on, but no third performer.  There was a mention of Viktor Rufus being unavailable, replaced by a cutout of Dave Grohl.   Lots of recorded backing, lots of traipsing, but I found this less satisfying, more poppy, less open and authentic (some may disagree).  I felt Freddie Mercury.  Maybe it's the various rock-star affectations: the neat cut and dyed tips, the personalised jumpsuits, the audience participation, the mounting of monitors, the bared chests later in the show (yes, he could get away with it).  And music that seemed as much pop as rap, despite the rhymes and rhythms.  My bad perhaps but I was left cold.  Then Citizen Kay.  First up I watch a different drummer setting up.  Very professional: fast, neat, ordered, changed cymbals and snare, adjustments, sound checking each drum, methodical and efficient.  I noticed one new bloke at the desk interacting with the drummer.  I expect CK had his own mixer: it would explain a tighter bass sound, better sound overall.  I'd noticed this with Dave Holland at Wangaratta JF and how the sound was so, so different with his own sound man.  Then a suite of neat and attractive tunes, nicely structured, more richly embellished with solos and voices and chordal patterns in the background recording, and that drummer, sharp and tight and purposeful and beautifully toned but also not excessive in performance.  Again, that professionalism.  It particularly showed when CK did his first single as an encore, which he admitted he wasn't too prepared for.  Good on him to be so playful and uncautious.  It was nowhere like the sophistication of the show, just demonstrating how we grow into skills.  And he obviously had.  Citizen Kay was loud but he was also a great pleasure to hear and see.   So, an informative show for me, reaching out from a jazz cocoon with much pleasure. 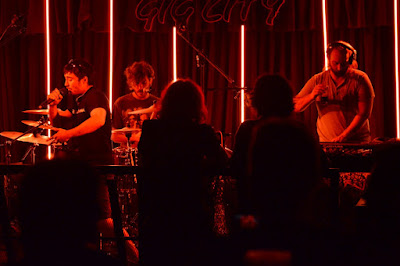 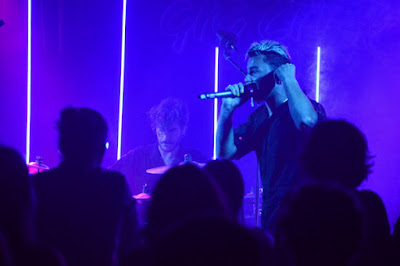 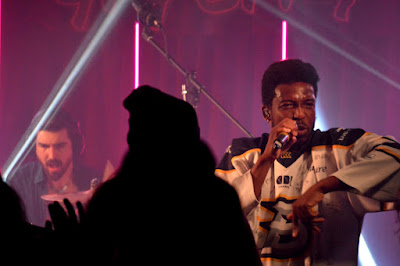 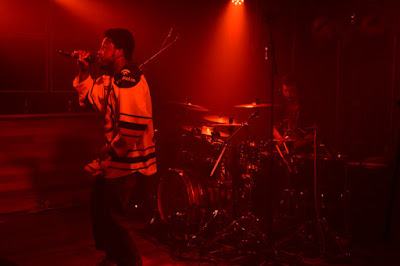 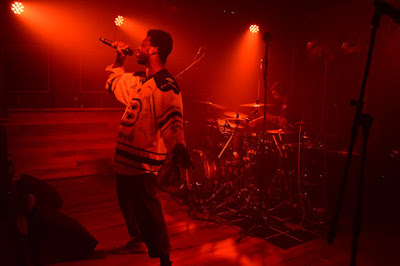 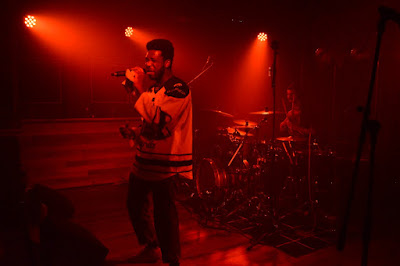 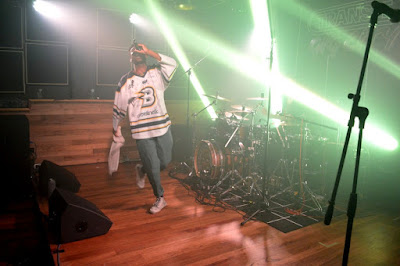 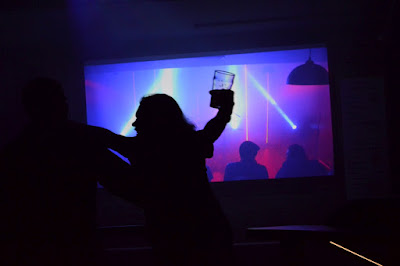