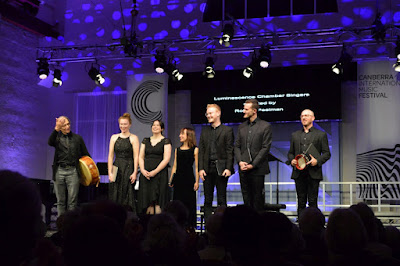 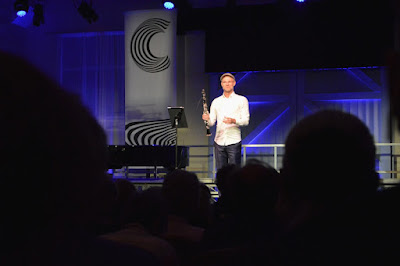 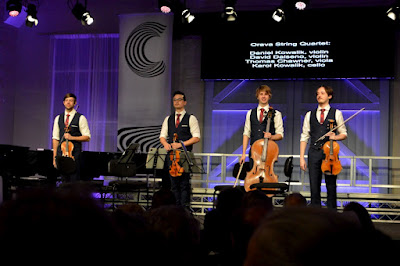 Well I dropped my phone and cracked its screen as I waited to enter The Great Divide, a CIMF concert at the Fitters' Workshop, but I came around in the end.  It was an intriguing mix of styles and they shouldn't really work but they did.  First up was Luminescence Chamber Singers directed by Roland Peelman singing mediaeval Spanish cantigas and Portuguese motets.  Six singers, 3 men, 3 women, occasional percussion and foot stamping, religious themes of Mary and women variously as saviours and whores, so clearly unwelcome in today's thought.  I was amused or maybe concerned with women singing this stuff, even as we realise the diverse times and thinking, this being a very earthy and religious age, but the historical denigration of woman's role was pretty obvious.  Strange and confronting to our ears and yet would have been unquestionable in those days, I guess.  Then an interval and a wine and I could forget the phone for a few minutes and I was intrigued by Jason Noble playing Steve Reich New York Counterpoint on clarinet.  I wondered how it would be accepted in this crowd, given he was plugged in, effected, multitracked, whatever.  I asked him later; if I got it right it was 8 clarinets plus two bass clarinets, all multitracked and no effects, just the rich resonances of the space.  I enjoyed that.  Then Orava playing Shostakovich String Quartet Gmaj no.6.  Again I felt some discomfort around me at the quite difficult melodies but I enjoyed it immensely.  Nicely expressed, accurately intoned, earthily bowed and intriguing as a composition ("a masterpiece of Soviet optimism post-Stalin" / CIMF concert program).  So a fascinating and satisfying concert if the lead-up was less pleasing. 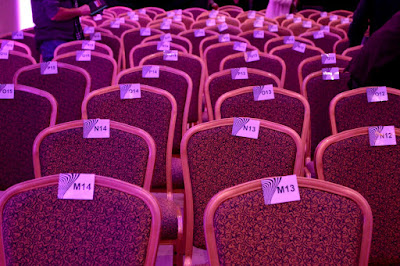