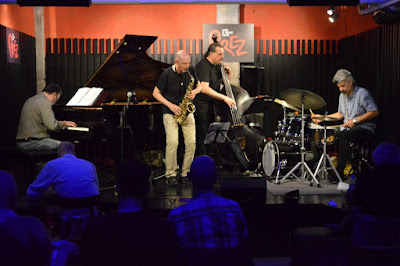 I chose a jazz club close to our hotel but then we moved.  The new club had a tribute to Bessie Smith, apt for Megan, but in the end wasn't open that night.  Maybe for the best: the club was only weekend hotel.  So we ended at my first choice.  Again a tribute, this time to Gato Barbieri, the Argentinian tenorist.  I had known of GB during his softer era of soul and smooth jazz in the '70s so the tribute gig and reading of his early days with Don Cherry, Charlie Haden, Carla Bley and the likes was an eye-opener.  Not free jazz, but calls to it.  There was melody here, but floating segments, strong dynamics and well shared solo passages and outlandish power throughout.  Pablo played alto and soprano saxes, all extended arpeggios and full range and insistent and intense.  Pianist Pepe read rich charts and improvised aptly against them, telling the story of the tune with authenticity beyond just running chords.  Drummer Carto played often for colour or for melodic effect.  His solo entry for one piece was a dream, all sharp, diverse with rim shots and tonal drum colours interspersed with delirious fills.   But I was watching Mono mostly: he was bass.  There was (French) bowing that clearly said tango and busy, rhythmic, burbling playing that intrigued me, not so much from left hand, although that was well formed and accurate, but from a unique right hand pizz action, sometimes the extended two fingers but balling into a fist for three finger pizz, all rhythmic dissection and colouration.  No idea of action or strings.  Stunning stuff.  I've never seen the like and a wonder, especially in this context.  Again excuse the bass-centrality, but we all know it's inevitable (!)  And I should mention the bar, Prez Jazz Club, pretty central, in a basement, nicely decked out and some snacks and grog on tap, and obviously a real community of jazz lovers.  Complete with CDs on an old stereo to settle after the gig.  This will be my jazz outing for BA and I seriously lucked out. 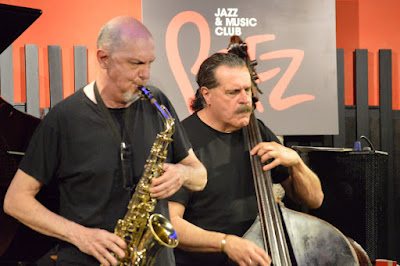 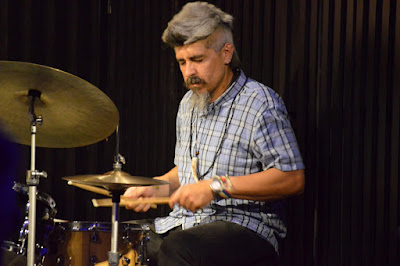 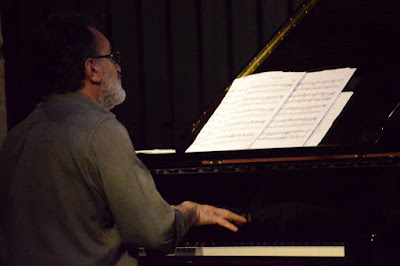