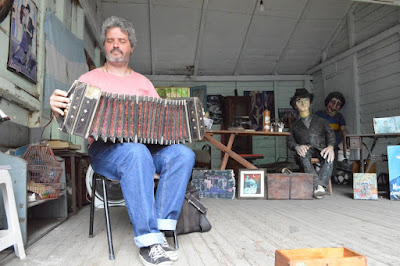 Visiting any new city is a haze until you get a little knowledge under your sleeves. Buenos Aires is like any other in this. But it's also very big and looking like it's seen better times. BA's metropolitan population is 16m, a full third of the population of Argentina, and inflation is running at 100% pa. Yes, it's seen better times. As comfy tourists, we are in a richer and safer area, so we see galleries and glitzy restaurants and we've taken tours and seen gloriously classy bars with the well-dressed lounging. But there's still a pall. We are warned about walking after restaurants close (midnight) and about some poorer areas, but they are tourist taps in the day. So the mecca of La Boca with Maradona's stadium, Boca Jnr. La Boca is the obvious home for bandoneon, too, that button accordion that's the heart of the tango. I caught Miguel Angel Yofre playing Carlos Gardel / Alfredo La Pera songs on a hundred year old instrument, all ravaged buttons but pretty and sounding a charm.  And this is a religious country. We are told 80% claim Christianity (66% Catholic; 15% no religion) and the Pope is from here even if it doesn't particularly look it, but there are churches and one caught my eye, all Spanish styled, florid, baroque with relics. We also hear of the Mothers of the Plaza del Mayo who protest children and grandchildren lost during military dictatorship, and see bullet holes on walls from Peron's days and drive on to avoid being trapped by a Union march for better wages to deal with inflation. On the other hand, my search for Jazz clubs reveals plenty and for Tango shows and also Milongas (tango schools-cum-clubs) reveal more and a waitress lauds the musical community and we meet fans outside the Hyatt awaiting Ricky Martin (!) And there are lots of dachshunds to meet (admiring someone's dog is our sure-fire way to meet the locals). Oh, and the time difference is a stunner (14 hours). Just passing through, really, but thus is Day 1. 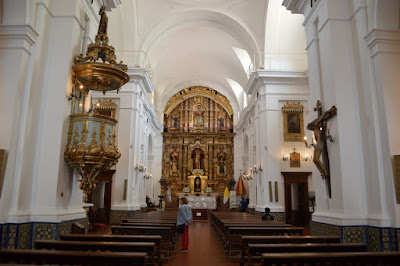 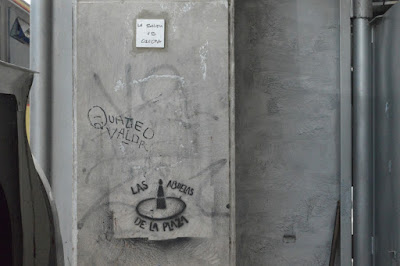 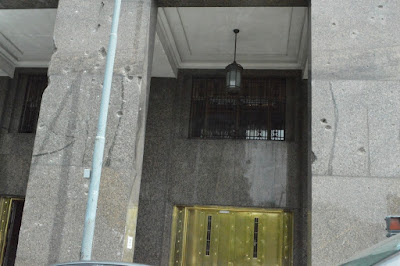 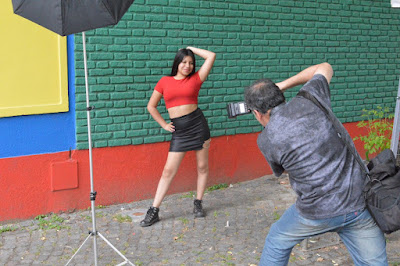 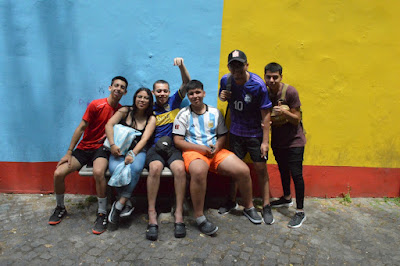 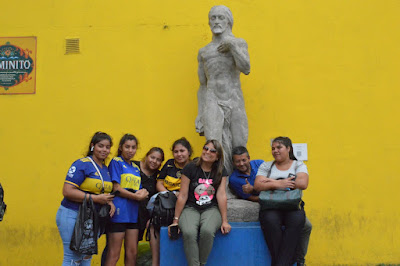 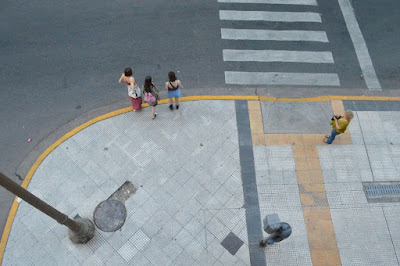