Once in a blue moon 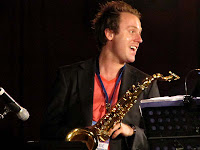 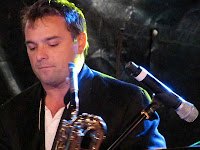 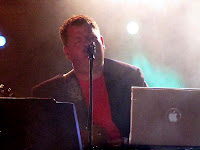 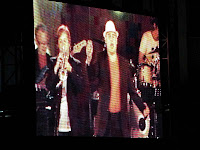 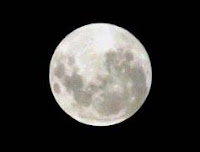 It’s rare that I will attend a big public event to hear a party band, but I did last night and the band was Who’s ya Daddy. It was truly a rare night, that of a blue moon that fell on New Year’s Eve at the start of a new decade. A blue moon is the second full moon falling in any one month (in the most common definition). It happens because the lunar month is shorter than most calendar months (the synodic month, timed from new moon to new moon, is just over 29.5 days). But a new moon to mark the New Year’s Eve of a new decade is not common. Neither is my party banding, although I usually enjoy it.

Who’s ya Daddy? is an odd name and I’m still pondering it. But the members are well-trained Jazz School graduates playing for the corporate scene, and so they are good. I heard one set, and it was literally a barrage of non-stop danceable pop from early R&B through a good dose of Michael Jackson to hip hop. One long medley of endless snippets of tunes: perhaps 30 or more in their 45-minute set. What a lot of work! All arranged and charted and tightly played. Solid, heavy stadium drumming from Hugh (drummers must love big PAs and so do I); unpretentious but reliable grooves from Phill on bass; busy and involved performance from Damien on guitar with occasional keyboards and harmony vocals. There was a tight, full-ranged horn section up front of Tim, Niels and Richard on trumpet, tenor and baritone sax and even some bari features, which I liked. And Della up front on stratospheric Michael Jackson vocals or smoother soul or very convincing rap. The PA was pumping, the band was jiving and the audience was dancing and counting down to the new year. I was thinking how horn players never feel the groove quite like the rhythm section. Bassists must get it: Phill did and was obviously enjoying himself. Good, clean fun (it was a dry event) and a memorable celestial event on a cool evening. Much enjoyed, and recommended for your next corporate event.

Who’s ya Daddy? is a Canberra corporate band playing party music with a twist: much more than your average covers band. Anthony “Della” Dellamarta on vocals and keyboards; Damien “Axle” Foley on guitar, vocals and keyboards; Phill Jenkins on bass; Hugh Deacon on drums; Richard Burns on baritone sax; Niels Rosendahl on tenor sax; Tim Bowyer on trumpet.
Posted by Eric Pozza at 8:41 am