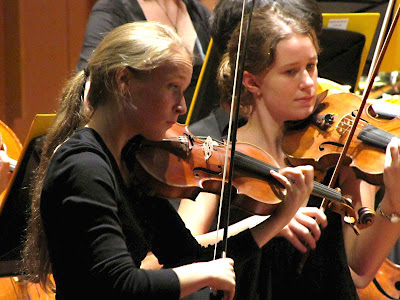 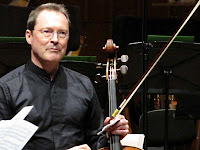 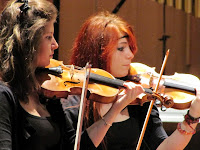 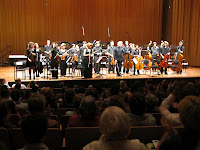 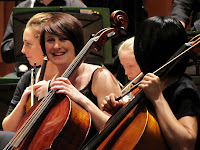 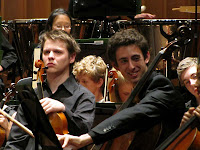 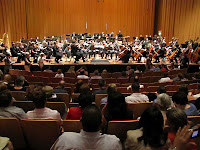 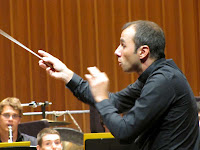 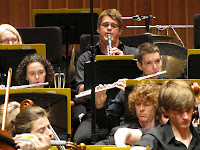 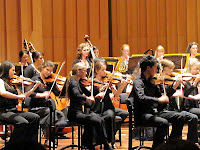 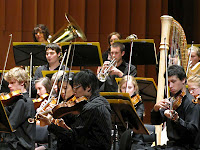 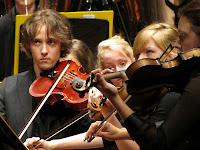 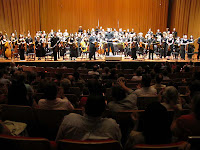 The fifth and final concert for my AYO program was another orchestral concert. The Tuckwell Chamber Orchestra, the Alexander and Bishop Orchestras preformed almost their final fling for this year’s National Music Camp to one of the biggest audiences I’ve seen at the Llewellyn Hall. This series has created quite a stir amongst Canberrans. I understand these camps are held in Canberra on alternate years, so we can expect another big week in January 2012. Looking forward to it already.

The Tuckwell Chamber Orchestra commenced the program with two very different pieces. The first was another early, stately piece, Purcell’s Double dealer. It was written to accompany a Congreve play of 1693 that spoke of lies, deception and adultery, but this stands proudly on its own. The form is a lengthy overture, followed by eight shorter dances and airs of differing feels and time signatures. The Tuckwell performed it in an unequal temperament, which perhaps challenged some players but suited the style. The Tuckwell also performed Vaughan Williams’ Fantasia on a theme of Thomas Tallis. Tallis was composing around 1570, but this was a piece of 1910 so, despite the themes of Tallis providing the starting point, I heard this as romantic: shimmering violins and emotive crescendoes; imploring violins and expectant cellos; sweet melodies that spoke of a more recent era than Tallis’s. I despair of musical borrowings for film and TV (Carmina Burana and Nescafe is my most annoying connection), but this reminded me of films, perhaps Lawrence crossing a desert. Suffice to say I preferred the authentic early music of Purcell. The Alexander Orchestra followed with my favourite music for the day, Webern’s Passacaglia in D minor, Op. 1. It’s a student work that preceded his serialism, but still it must have been challenging at the time. It started with pizzicato and within bars had exploded into power and volume, to retreat with a string-smooth recovery, only to take off again like a rocket, and again, and again. Was it four times? Brass had a nice role here, not surprising given the volume and impulsiveness of the loud passages. I was writhing in my seat from the extremity of it all, and crushed as if with extra G-forces. Fabulously excessive and brilliant and overwhelming. Loved it! Last was the Bishop Orchestra with Richard Strauss’ Don Juan, Op. 20 of 1888. This was a bit earlier than the Webern but an era away in history. I had expected volume and passion, but there was nothing like the complexity and excitement of the Webern. It was plenty loud and emotional, but I felt this work spoke to the past, whereas the Webern spoke to the future. I heard dances or horses galloping through the woods. In fact, at one time I pictured ‘60s cowboy-Roman epics and galloping gladiators. Perfectly well played, but just not so thrilling.

So ended my week with the AYO. It was wonderfully educative, both for them and me, and emotionally satisfying and an intellectual treat. Thanks to all. No need to ensure everyone had a good time, because the excitement and commitment and enjoyment of the players and the staff (and the audience) was manifest. Looking forward to 2012.
Posted by Eric Pozza at 6:20 pm