Drama in the crypt 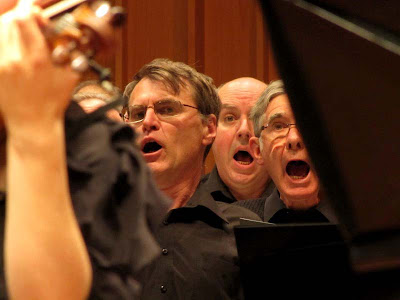 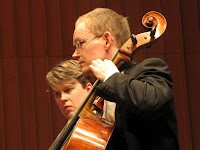 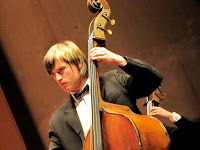 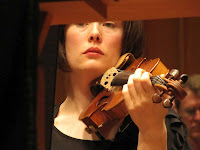 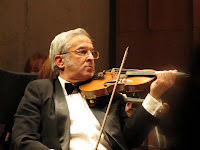 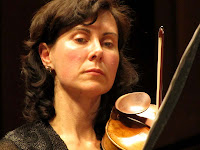 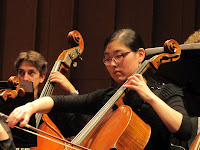 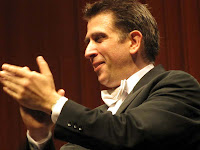 The Catholic mass is theatrical and the Requiem mass is passionate, but Verdi’s Requiem just didn’t click for me in expressing the earthly loss but religious hope of the occasion. I’d heard Mozart’s requiem a few months before, and it was pained and deep. This seemed theatrical: more operatic in its drama and not unexpected given Verdi’s fame as a composer of operas. But the performance by the Canberra Symphony Orchestra and combined choirs was satisfying and capable: well presented, with four decent voices up front and a confident orchestra. We had seats in the second row, so my pics are more individual than inclusive, but it does let you feel a part of the performance. You hear the pages ruffling; the charts cover the singers’ faces and muffle their voices; the instruments come from a generous stereo sound stage; the instruments become almost individual (I thought I could hear Leigh Miller’s individual bass pizzicato tone, and it was wonderful). But I wonder if I missed some of the effect of the choir because of this. They were down the back, behind rows of strings, and they didn’t seem to have a great presence. It could have been the piece: I didn’t notice many big choral segments of richly moving parts. The choir seemed to provide a support role for the more frequent solo voices up front. We were all thrilled by one loud and dramatic theme that recurred several times. Other spots I noticed were two female voices with flutes behind (at least I thought they were flutes, although the program doesn’t list any flute players) and a passage of nice runs of long intervals from the cellos and highlighted trumpets up front for another segment. Suffice to say it was lush and dramatic and emotional if not a deep work. Stereotypically Italian, as is opera itself: the musical equivalent of flailing arms (which I can say as I am one). But why no list of choral singers in the program? Verdi Requiem was presented by the Canberra Symphony Orchestra, with Nicholas Milton conducting. Tobias Cole led a combined choir made up of the Canberra Choral Society, SCUNA, Oriana Chorale and the Llewellyn Choir. The front line singers were Eva Kong (soprano), Christina Wilson (mezzo-soprano), Warren Fisher (tenor) and David Parkin (bass).
Posted by Eric Pozza at 6:27 pm

Oh, you went to that. Good for you. I hear it was sold out. My friend was singing and dedicated, quietly, her performance to our friend Leoni.