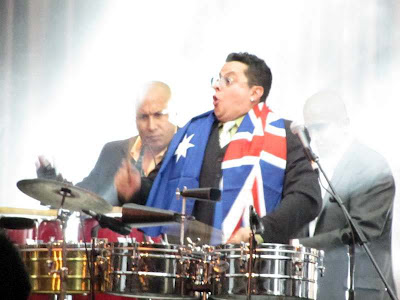 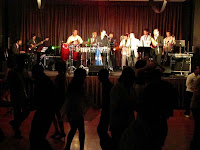 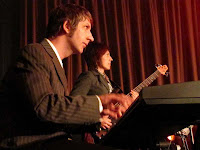 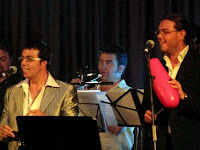 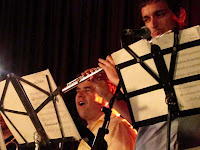 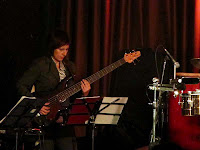 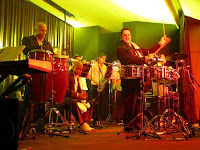 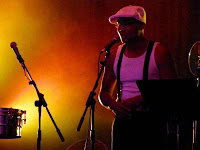 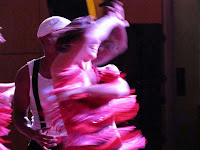 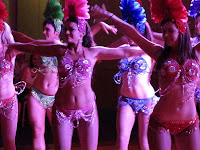 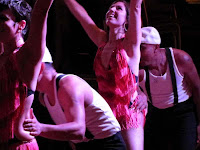 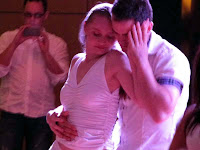 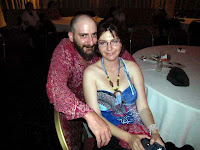 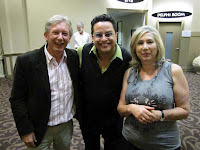 What a blast! Tito Puente Jnr and his band, Salcedo, have much musically in common with the jazz I hear - syncopation, groove, horns, origins, even some history - but the event was anything but. This was vibrant and physical rather than a cerebral gig: colourful sambas and bachatas and mambos, lithe and sensual dancing, loud and bombastic and so much fun.

Tito is over from New York for an Australian tour backed by the Adelaide latin band, Salcedo. The theme is New York’s Palladium Club in the ‘50s and the music of Tito Puente (the father) and the nuyorkian samba craze. I don’t recognise all the styles of Afro-Cuban music. There’s a lot of complexity down south, far more than just languid bossa novas. My guess is there’s not a lot of understanding by jazz players outside the latin scene, but there’s little doubt that they are excited by it. I thought Tito said that Guancango is Afro-Cuban and it comprises three styles: mambo, malumbo and chachacha, but I may be wrong. Certainly there are numerous other names for latin styles if you read the literature, presumably each with their rhythms and formats. I expect this is a life-time work despite some deceptive simplicity.

Tito led the band from the timbales, sticks in the air to gain attention, sometimes singing, often chatting and goading dancers and audience. The backing band was Salcedo, a respected latin outfit from Adelaide led by Hugo Salcedo. They were obviously concentrating, although the horns had time out for a few chuckles. I particularly noticed Mark Ferguson on piano and Shireen Khemlani on bass with eyes on charts and watching Tito sharply. As you’d expect, they didn’t get any time out, as these two are so, so important to the rhythm: the piano montunos, those infectious repeated two-bar phrases, over those bass claves that really define the AfroCuban experience by ignoring the 1 except for occasional band hits. Layered over this is the complex polyrhythm of the various percussion instruments: timbales, congas, bongos, and alternatively maraccas or guiro. Interestingly, no drums. Then horns (two trumpets, trombone and tenor sax/flute) stating melody and comping lines and some solos, and the clear and cutting sound of high latin male vocals. All this makes for an onslaught of busy, moving rhythms that demands a physical response. It’s a challenge to sit still for music like this. Add to that a dance floor of set piece displays and sensually animated couples, and you have that wonderful, infectious latin experience. Truly a blast!