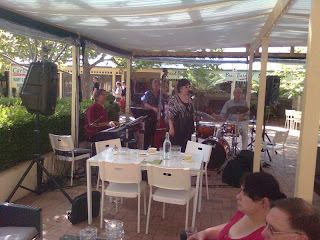 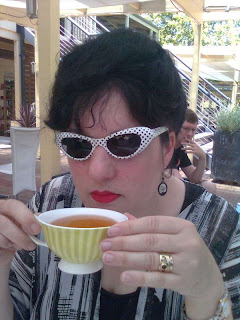 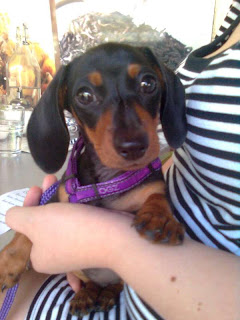 Another nicely relaxed gig at Adore, this time with the Gossips vocal quartet. For that, I mean Gossips without sax; just piano, bass, drums, vocals. Mike expanded his role with some acoustic guitar on some bossas, and also a surprisingly effective voice on a bluesy number.

But it’s the community at a relaxed gig like this that’s fun. I met a retired bassist (Ray Newland from bands The Midnight Five and The Newlanders) who shared the same Melbourne musical scene as the Seekers before their fame. And the cutest of young girls: an 8-week old miniature black and tan dachshund. The human babies I saw were also cute, but we have a dachy at home (Chips, ~10yo) and we’re suckers for him, so any dachy’s a friend of mine. Just one pic - I promise.
Posted by Eric Pozza at 10:55 pm