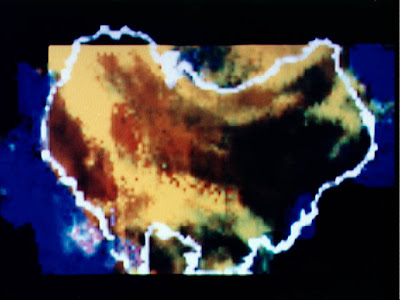 I am not one for the flag-waving nationalism and the crosses to our soldiers in yet another war called by yet another powerful English-speaking ally or the sentimental tosh that goes with all this. It’s not the Australia that I know and it’s a pretty recent one, as I see it. Anzac Day, of course, suffers the same way, as pollies and ideologues use and abuse another national event. There was a time when Australia Day was just a laid-back day for barbie or beach or both with the family, and Anzac Day was a truly sombre memorial, but not now. Last night’s Australia Day Live concert outside Parliament House had some of this showy emotionalism, but also had some redeeming characteristics. There was a nice mix of cultures and a good feeling about it all and a decent and modern acceptance of aboriginality. The history of dispossession was glossed over, of course, but there was an inclusive feel for Australia’s first people. In fact, my favourite performance of the evening was by the Chooky Dances (of You-Tube Zorba fame), with their humourous poly-cultural dance sequence that blended Aboriginal and Indian dance styles. This clever presentation doesn’t surprise me. For a few years, I’ve been listening to Awaye!, ABC Radio National’s Indigenous arts and culture program, and it serves up a feast of interesting and optimistic stories of modern Aboriginal life. Otherwise, I found the music and dance pretty derivative, although Jimmy Barnes singing of Adelaide’s Largs Pier pub, a ‘70s haunt, with a harp and Irish backing was interesting. Ross Wilson’s joke that Eagle Rock was our third national anthem was said with rather more seriousness than it deserved. Jack Thompson appeared with his stories of outback Australia which don’t click with the far more common Australian urban life that I’ve known. Peter Allen’s songs were there as the eminently sentimental creations they are, but despite the schmalz (and the perverse fact that the writer of all this Aussie sentimentality was an ex-pat), I have to admit I like them: they are overwhelmingly memorable. The hosts did a decent job in a characteristically Australian semi-professional way. We watched it on TV, but perhaps the most noteworthy aspect of the night was the attendance: 35,000. This may not seem a big number (the MCG holds 100,018) but it’s one in ten Canberrans, so it’s big. In all, it was a pleasant and good-natured if derivative and uninspiring event. But thinking further, perhaps that’s just what an Aussie event should be.
Posted by Eric Pozza at 4:50 pm