Mary had a little lamb 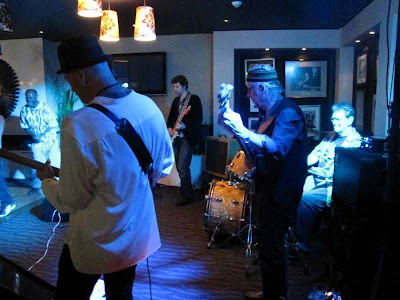 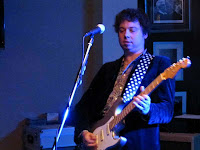 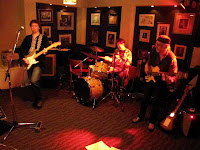 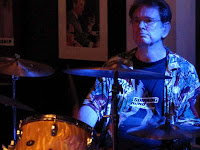 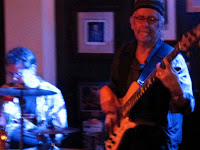 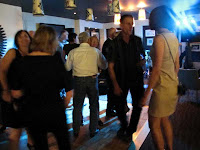 Mary had a little lamb. So sang Chris Harland with his Blues Band blustering away on a steady 12 bar groove. Then the guitar solo. Guitar solos are big and important and emotive in blues, at least in guitar blues. Later in the night, fellow local blues guitar whiz Dave Blanken sat in and the different styles of these two players became evident. Chris is of the Hendrix blues-rock era to my ears: distorted and compressed, screaming bends, fast, florid, ecstatic. Dave is from an earlier era, probably Chicago blues: a more naked valve tone, slower, more phrased, earthier. I was interested to hear the two together, to appreciate the differences, and I enjoyed them both. And I enjoyed the steady and repetitive but purposeful bass and the coolly played drums, the boogies and 12/8s and the rest. The whole is attractive and involving and bodily. You see it in the dancers, and there was a full dance floor for most of the set. The music has seriousness but it’s also for beering, dancing and partying. It was clearly good for the bar. All great fun and emotive and skilled in its own non-academic way although the lyrics which can be less than poetic. There were several of the “All I want to do / is play the blues on my guitar” variety, but there was also the more obscure “I’m a cross-cut saw” which sounded more authentic down south working man. It’s great to revisit the blues scene. If only my ears could handle it better, but that’s also a part of my generation’s blues-rock history.
Posted by Eric Pozza at 12:12 pm