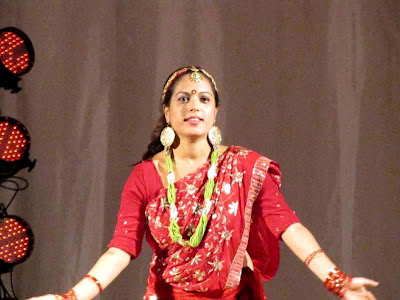 Megan and I were surprised by the flurry and bustle and goodwill of the Multicultural Festival. This is Canberra community with many accents. Not being ones for big events, we hadn’t been for a few years. This was big and busy and the location, City Walk and thereabouts, was perfect for the multiple stages and the food stalls. That was Saturday night, the big night. I got down Sunday early afternoon for a while, too, and discovered the Reconciliation stage outside Canberra Theatre, and even caught a Big Name. So, what did I/we see? 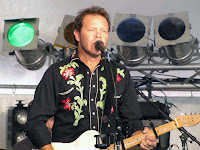 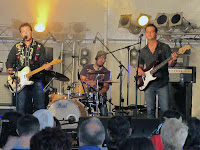 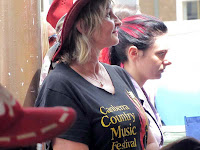 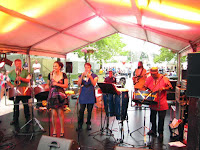 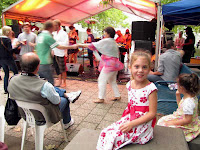 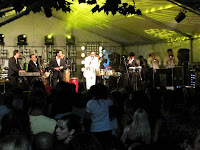 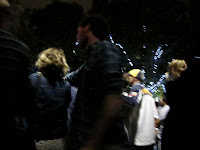 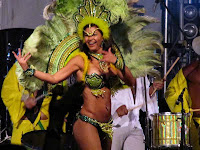 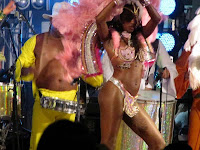 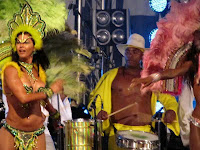 Sunday’s big name was Troy Cassar-Daley, no less. This is a man up from country and a genuinely effective and professional performer. It’s country, so “just three chords and the truth” as someone observed, but the structures were embellished, the voice was good, the patter was quick and friendly and the band was tight. I cringe at the heart-sleeve emotions and the true blue rhymes and the pride in country themes, but it’s honest enough, and the grooves were simple and solid, the playing was effective and the guitars were in tune (more on this later). So says Cassar-Daley: “when they sing about this country … sing about a land that’s yours and mine .. com’on, sing about this country of mine”. “You’re a brother or sister of mine / so open up / leave your troubles behind”. “I wrote this song for me wife and kids … love doesn’t get much bigger than that”. Troy, I agree with the sentiment. Well done.

Saturday’s night was various Latin American. Firstly, Calypso Pan-tas-tic. CP is a project of Courtney Leiba, steel drum player, ex Trinidad Tripoli Steelband and now Canberra resident. The tunes were well known, Summertime and the like. The sound was the sharply ringing tone of the steel drum with the nicely professional Funky Fedoras. People were dancing; kids were looked after; the band was having a good time and sounded good. And I was surprised to see Wayne Kelly was on keys. Welcome back, Wayne.

The second was a classic samba band. The program said Brazilian Latin, but I think the band was Sydney Salsa All Stars. Typically infectious, moving rhythms and bass claves and piano montuno and high, latin voices and layers of brass and percussion. Loved it. You can’t help but move. We were standing next to a couple doing the perfect seductive latin dance. How infectious is this music? Great.

The third was a drum band with very attractive set of female samba dancers (overt sexism alert). I’ve found them on YouTube as HotBeat Productions Brazilian dance show. They are amusingly advertised for corporate functions with a video of suited types studiously ignoring long-legged half-dressed bodies moving through their world. It was something like that here in Canberra. Plenty of ogling guys checking out the taut bottoms; girls enjoying the show but just a tad uncomfortable. Feathers swinging; arses jiggling; legs flailing; drums hammering. The dance was obviously the show here and the musical backing was just drums. But how many? Eight, I think. The rhythms were good although not as rich as I would have expected from so many performers. But this is obviously a visual, rather than aural, feast. It’s sexy and it’s the closest I’ve got to the Rio Carnevale. But then Rio might be deflated this year. They had a warehouse fire that destroyed many floats and thousands of costumes. Was Saturday Night in Canberra the place to be for samba dancing in 2011? Good fun but I doubt it.

Back to tuning. I went to see another act, somewhere, someone, unnamed. One guy with a guitar and an interestingly distant voice. I could have liked the music, but he continually retuned and never got it right. He was plugged into lots of effects as well as a laptop. He could have used a tuner. Or better, he could also have learnt to hear the difference. He was tuning by clear harmonic beats and still didn’t get it. And then his singing was out too. Er… Enough said.
Posted by Eric Pozza at 9:31 pm