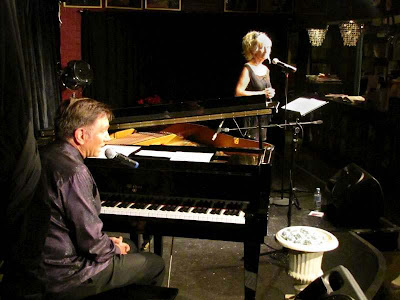 “Queer old dean” is a well-known spoonerism, and “shining wit” is a funny put down and the one I know best of all I won’t write here. Shortis and Simpson didn’t use any of these, but the most talked-about song of the night was the “bloke from the bar” act that was replete with all manner of original and challenging and political figures of speech. Like “bop the stoats” (=stop the boats) or “Oh Jockey” (=Joe Hockey). These are obvious enough, but they come at breakneck speed so not it’s easy to catch them all. “No more Revin Kudd / on the job 74/2 / the fart smeller” or “what an uck fup / they’re all a wunch of bankers”. You get the idea: lively wit and political awareness required. The bloke finished it all to raves and cheers and summed up somewhat touchingly: “Pong for one lolly / that could give us soap in our holes”. Shortis and Simpson were in performance for the Friends of the ABC as they closed their ACT branch, so a desire for soap in our holes is not at all out of place. Our politics is desperate and bedraggled these days, so we can do with some hope, and for that matter, some soap. 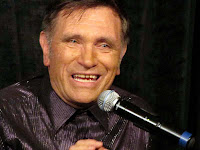 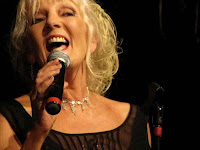 S&S were a cabaret romp through the fields of recent political theatre: the elections, and pomp, the triviality and disappointments. They’ve been good years for disappointments and S&S don’t miss a beat. A mix of songs we know and love, somewhat altered in lyrics and intent, joined with originals and chatter. It’s foot tapping, humourous, intelligent, but with a wry and serious side. “Rudd is in the air” (from Love is in the air). “Two Wrights and a Wong” amongst a list of parliamentarians in our “well hung Parliament”. Or on election debate worms: “A worm is a turning thing” (from Wheel of fire) or “They’re only worms / and worms are all I have / to send the votes away” (from It’s only words). Or for Mark Latham when he ambushed Julia Gillard during the election: “Disastrous Mark is lurking in the Park (from Macarthur Park, of course), then the election “Suddenly / there’s a place that’s hanging over me / an election booth I have to be” (from Yesterday). Or a few for the mad monk: the paeon to Bad Abbott (from Bad Habit) and the rollicking “Canonisation / that’s the name of the game / with each veneration / you play it the same” (from Multiplication). You get the picture. If this all makes sense to you, catch Shortis & Simpson. Put on your thinking caps and don’t be too precious. Excellent satire and perfect political entertainment for Canberra insiders and fellow travellers.

*Somewhat forced, but sung to the tune of Talkin’ ‘bout our generation / The Who
Posted by Eric Pozza at 2:24 pm