All plot and no theme 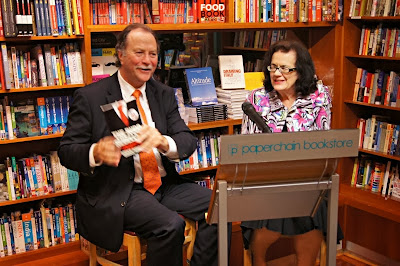 We hope against hope, of course, but to be presented with politics as realpolitic is to be disappointed. Bruce Hawker was introducing his diary of the campaign trail with Rudd in the recent election. Michelle Grattan was leading the conversation. These are both insiders with the fascination of insiders. I just found it disheartening. It’s necessary but feels unclean. I was interested in just what Bruce couldn’t answer, mainly about what was in Rudd’s or Gillard’s head. This is a guy who spent hours with Rudd over an intense 8 weeks or so, but he didn’t present much knowledge of Rudd’s desires and thoughts*. [BTW, I also noticed that despite the time together, he still referred to Rudd where some others had first names]. This was a story of actions and responses and travel and occasionally touching on policies. It’s not his role, of course. He’s not a policy guru but an election campaigner. He mentioned how he’d worked with Carr on an election against Greiner in NSW when Greiner had a hung parliament and “we did just the same thing that Abbott had”. Successful but disturbing. Success is all, I guess.

So what did we learn? Campaigns are pressure cookers and the days are long. Many decisions are made daily in response to party, polling, campaign office and more. Labor’s campaign office lost 110 staff when Gillard was rolled. The four issues for change before the electron were carbon tax, party reform, economic challenges and asylum seekers. There was discussion over election dates and Rudd was “extremely consultative”. Gillard played a constructive role right up the night that Rudd was rolled. Young staffers demand a very different industrial environment and this was a problem in Rudd’s office “to some extent”. There was “overblown rhetoric” to justify rolling Rudd [but then, those 110 campaign staffers and a string of minister resigned when Rudd returned]. Rudd as the public face with Gillard as the Labor worker were an effective pair, at least early on, but this was “not a long term plot”. A questioner observed there’d been no mention of the Coalition during the discussion. I hadn’t noticed this but it was revealing. BH argues that as “bad as it was” Rudd’s campaign avoided a “horrendous outcome”. Labor’s 54/5 seats would have been 30-ish; Labor now has ~30 seats with <3% margin (presumably Reps) and doubt about Abbott remains. He discussed a “massive campaign [by News Ltd] against us” especially by the Courier Mail and Daily Telegraph. There was a suggestion that Rudd should have ignored this, but it had become “total war”. The slogan “A new way” was a “big mistake” as it “lent itself to mockery”. But the segue to “building the future” was relatively painless. “We do rely on polling, I’m sorry, we do” but at least this is to mould the message rather than to create policy. The ETS was ahead of its time [not sure I agree with this one] and the Greens voting with the Coalition to scupper it was a tragedy. The turning point of the campaign was the NT policy, but there were also leaks from campaign HQ. Yes, they “wargamed” a Turnbull return. It’s “hard” to stop the media cycle and the attempt creates opportunities for Labor. Mobile phones are mostly missed for polling and the influence of social media is hard to measure and Focus groups are keys to campaigns.

There were a few other snippets. I’d heard or read of many; few were really a surprise; I agreed with some and less with some others. This is the necessary but uninspiring side of politics and this pair, both Bruce Hawker and the ace Parliamentary Press Gallery person, Michelle Grattan, are functionaries. Interesting, necessary, mostly known if you read and listen, but far from the purpose of it all.

*PS: There was a question about what Rudd would do now in politics. BH clearly didn’t know or have an intuition, musing that Rudd couldn’t have a third attempt at PM but could maybe have a role as an elder statesman or could resign. An hour later, returning home, we heard Rudd had given his resignation speech that evening in Parliament.

Bruce Hawker was interviewed by Michelle Grattan and the Paperchain Bookshop for the launch of his new book, The Rudd rebellion : the campaign to save Labor / Bruce Hawker. Melbourne : Melbourne University Press, 2013.
Posted by Eric Pozza at 5:34 pm