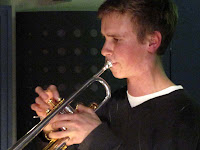 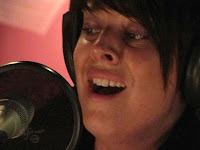 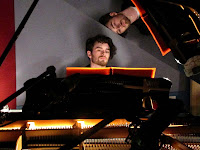 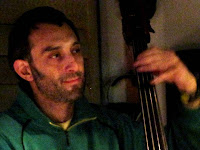 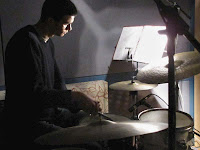 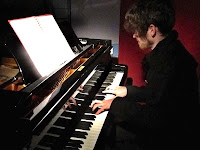 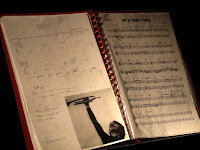 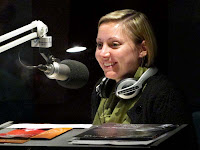 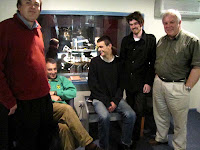 Both were apt for Alex Raupach’s Quintet when the played for ArtSound’s Friday Night Live last night. Take lyrical first. I don’t know what it is, but brass players are just more lyrical. Alex’s compositions were melodic and extended and unforced, as was his playing. From languid rolling pieces to freer forms, these were long lines that moved through harmonies with voice led inevitability. Especially so on the flugelhorn, that most languorous of instruments. Most of the concert was comprised of his compositions. First was Little river, a medium latin piece reminiscent of Freddie Hubbard and the Little Sunflower album. Then a freer style with Leave the lone ranger alone, a comment on our political leaders; What is she, a pensive ballad that borrowed words from Dorothy Porter’s verse novel, The monkey's mask; a dedication to Michael Brecker called MB; and Interphase, a slow modern piece that returned to Sunflower territory. The second set featured a few non-originals: Enrico Rava’s Bella, Eric Dolphy’s medium-up Ode to Charlie Parker, and a freestyle version of Stella and more originals: the lively For Kenny [Dorham] and two slower modern tunes, Mamma you wouldn’t believe it and Near people. Alex is a capable composer: complex chordal structures that underlie melodies that move and modulate with ease. Very nice.

The whole band was comfortable. John Wilton may question that, given he was a ring-in for the night, but he handled the job well with concentration and committed understatement. Rachael Thoms sang Dorothy Porter’s words, but mostly performed voice as instrument, with complex unison melodies and occasional solos, and some expert classically-inspired fills. I was standing behind Andy Butler for some expressive and intense solos and richly complex chords played with gentle touch. He told me he’s uncomfortable with acoustic piano sounds on electric instruments, but he was obviously enjoying the Yamaha grand’s ringing tones. Piano really is the master instrument, and Andy is playing these days with rich sensibility and informed intellect. Simon provided the bass line that growled in reference to Ron Carter’s CTI days. I really enjoyed his solidly supportive playing, but he’s also listened to the likes of William Parker and Ornette so he sneaks in some intriguing complexity at times.

So I was taken by this concert: by some wonderful playing, but perhaps even more by the attractive and worthy compositions. Alex Raupach (trumpet, flugelhorn, compositions and badass radio voice) led a quintet with Rachael Thom (voice), Andy Butler (piano), Simon Milman (bass) and John Wilton (drums) for ArtSound’s Friday Night Live.
Posted by Eric Pozza at 2:44 pm