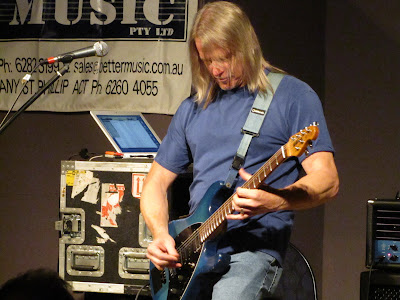 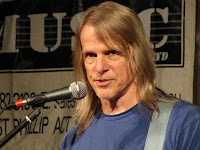 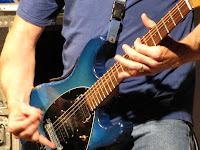 I feel that one concert of Deep Purple in my life is enough, so I didn’t book for the DP gig in the evening. My DP gig was a biggie and far away, when I was into such music (Adealide, 17 May 1971): Deep Purple (then with Ritchie Blackmore on guitar) played with Manfred Mann, Free and Australian band, Pirana. But a cheap workshop with Steve Morse, Deep Purple’s current guitarist, was of interest. Steve seemed a nice bloke, slightly embarrassed by the attention at first but talking pretty easily and personably about Bach two part inventions, that JSB would be a heavy metal guitarist if alive today, hard work (commit to 3 years of 8 hours daily to test whether you could be a muso), practicing routines with finger exercises and arpeggios and scales starting with the major modes, and about also gear, of course. He played some mean screaming and tapping guitar solos in the rock style. I still like these! It was fun for the 250 guys who were there (very few women) of all ages (an “all age” gig in this context means greying and others). Join the rock and blues crew and attend a workshop sometime. It’s more intimate than seeing these guys in concert and lots cheaper.
Posted by Eric Pozza at 1:49 pm