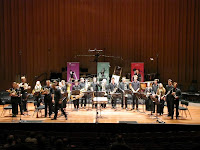 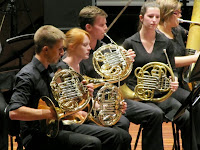 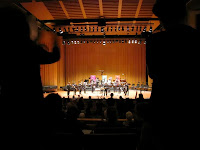 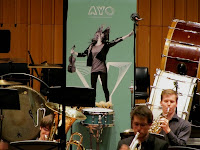 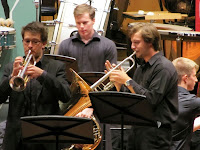 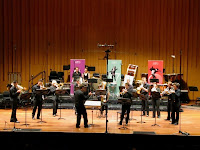 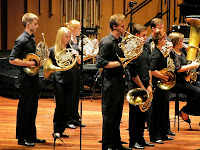 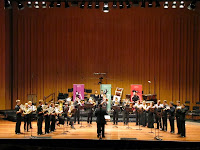 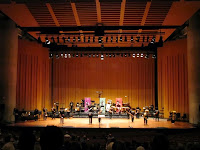 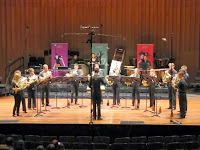 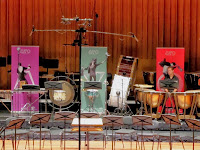 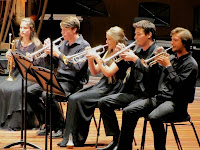 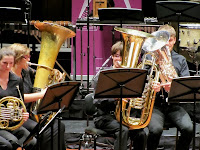 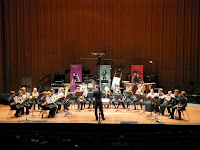 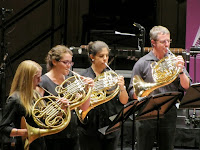 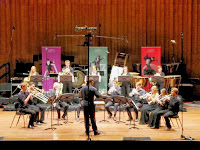 Brass just sounds so good and I fret that it's not the popular form it once was. Perhaps it's associated with workers and English mills or the Salvos and neither of those are common contemporary experiences, but once heard, much loved, I reckon. There's seems to be a revival around Canberra, too, with Brass-ere and Trumpet Club and others and I just met a young trumpeter at one of the AYO concerts and he was playing in the Hall Brass Band, so maybe it's there but not noticed. Like many worthy and wondrous things that are forgotten in the rush to fame and the fiscal. But the AYO also features Brass so I look forward to the Brass Ensemble concert. I think of brass as pure and sine-toned. I even see it in an oscilloscope view when I process jazz trumpet solos. But classical brass includes horns and they are a fatter and earthier tone, and the accompanying percussion adds this own tonality. So there's more variation than I expect. So what did this concert offer?

Firstly, Shostakovich Festive Overture that reminded me of the Dambusters theme and very little of my expectations of Shostakovich. This was attractive and developed music, majestic and well played. Big and satisfying, indulgent swells and pure tones and sliding trombones. One of my favourites for the night. Then Gabrielli Canzon IX C.190 was much earlier music. Cyclic harmonic movements, even crochets and quavers and dotted notes the closest thing to syncopation. This was performed by just horns with percussion. Then a pop classic, Handel Arrival of the Queen of Sheba. Everyone knows and loves this and it's a pleasure to hear live where the lines seem so much more identifiable. Then strangely a seated piece for a large band and timpani, Scott Kinmont Resonances VII. Obviously contemporary. Written in 6/8 wth ostinato lines on higher horns and slow counterpoint and a mood of rejoicing. Next, the movies. James Horner's Braveheart theme. Again, horns and percussion so fatter, less pure toned, more complex structure and distant sounding, like over hills and all mid-tones, no bass. I heard this as a two sides of one character, warrior and pensive family man. The political concept doesn't appeal. Then some seriousness! Wagner's Parsival. Wagnerian, indulgent, involving, sensuous, overly serious and humourless. Isn't this a recurring leitmotiv that we've heard about recently on radio with the Ring Cycle broadcasts? Then a fascinating one. Stockhausen From the seven days. Lots of brass spread across a large stage, lights dimmed, conductor with hands behind his back, drones, swells, slow crescendoes with rising lights, then falling notes, then conductor raises arm to bring all to an end. I found it intriguing and immersive. My guess is that every musician had one or two notes to play, to form various consonant and otherwise harmonies, and they played at will, so a touch of improvisation and uncertainty. And to finish, Wagner again, Prelude from Die Meistersinger. I preferred this one. Massive and satisfying and a memorable melody. Then a latin for an encore. Hot playing if not quite authentic latin bravura, but entertaining and well received. Such a wonderful sound and a great mix of musics; everyone left with broad smiles on their faces.

Too many names to list, but the AYO Brass ensemble performed at Llewellyn Hall as part of the AYO National Music Camp 2014.
Posted by Eric Pozza at 3:43 pm