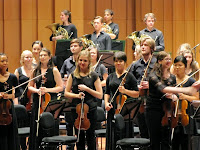 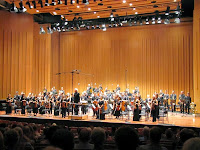 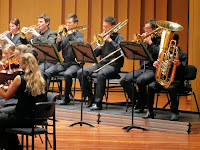 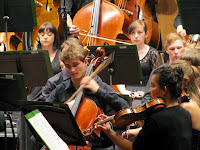 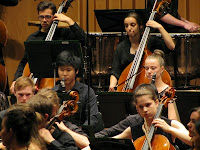 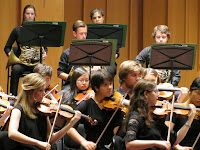 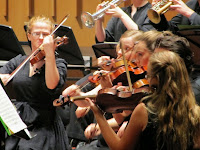 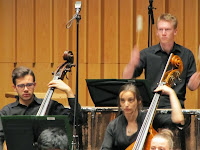 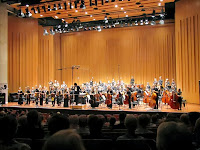 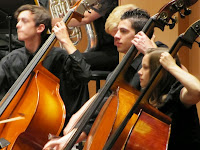 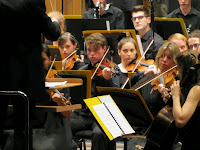 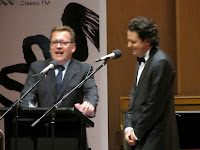 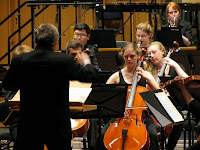 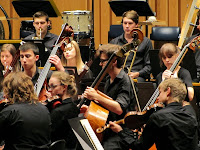 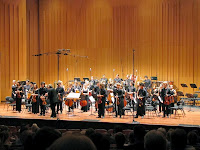 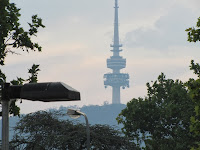 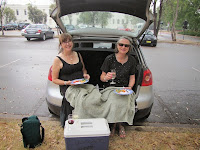 This was AYO's second weekend of orchestral concerts. What a revelation! I'd attended the first weekend and admired the skills but there were some faults, entirely understandable given these musicians had been pulled together for a short time and were not a regularly performing outfit, and were young and perhaps with some nerves. But what a difference a week makes, at least at this level of intensity. I could close my eyes and follow this music with immense pleasure, and this was my experience throughout the final two concerts. These orchestras had matured markedly in one week, thanks the intensive experience, the committed and obviously popular tutors and the rest. My hats off to the AYO.

The early concert started with the Hopkins Chamber Orchestra under Geoffrey Lancaster performing Mozart Symphony no.31 in D, Paris. Three movements, admirably presented, starting with big chords and devilish flourishes, then classic delicacy and tunefulness, then an unassuming waltz for the second movement, and a final movement of buzzing strings, four time, lighter, with more flourishes and canonic movements. Lovely. Second was a world-premiere, Philip Jameson's Dunsinane. PJ is only 20 and could not attend as he's studying at Yale. Performed by the Bishop Orchestra under Alexandre Bloch. AB introduced this work by saying that Dunsinane is Gaellic for "hill of ants" then talking of his images of tones, woodwinds as crickets, strings as snakes that move slowly and bite. He suggested we use imagination to picture music, especially modern music. The work started with a woodwind rhythm overlaid with a slow strings melody. It seemed to split into two parts, firstly weighty then lighter or more jumpy. AB's "hill of ants" metaphor fits perfectly with Great Birnam wood coming to high Dunsinane Hill. Then to end, Alexander Orchestra under Richard Gill performed Brahms Symphony no.2 in D. This follows last week's performance of Brahms' 4th. RG spoke later to ABCFM saying why this pair was chosen. Every performer should play a Brahms symphony; he was a great musicologist; he was seen in light of Beethoven; he's in the centre of the classical music history and the music camp is performing major works throughout this history. RG's quote that "Until Australia has every child in musical education from Kindergarten to Year 6 we will remain barbarians" was well received. Another interesting quote was when asked why there's no instrumental popular music: "you can learn everything through singing". I wonder if there may be more to consider for each of these quotes, but it's interesting to hear them. But back to Brahms. Interesting to see the basses at the back, with the percussion. There's pastoral here but also mechanical, lullaby and some strangely prominent leading notes that aught my ear in the first movement. Then a more melancholy second movement. I'm enjoying some very responsive and powerful passing swells through the strings and accompanying swaying performers: nice, involved. Then the final movement, livelier, morning-like, looking optimistically forward to a new day. I still feel a little uncomfortable with some Brahms' changes but who am I to question? Then a big ending. This is sounding wonderful, professional, worthy. Most impressed.