Not the ridiculous pairing I expected 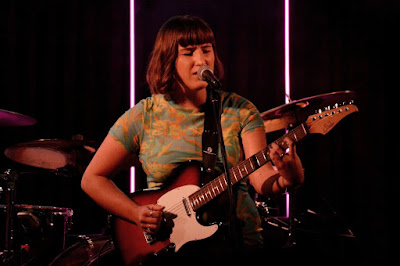 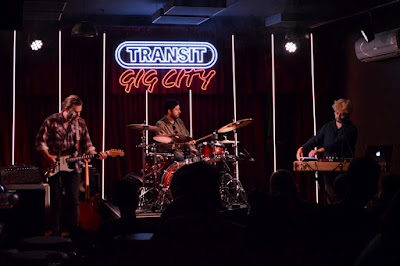 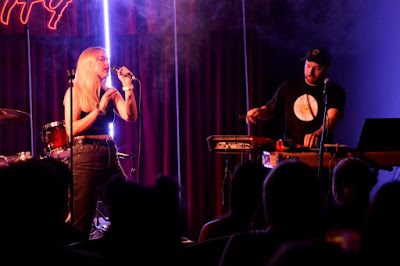 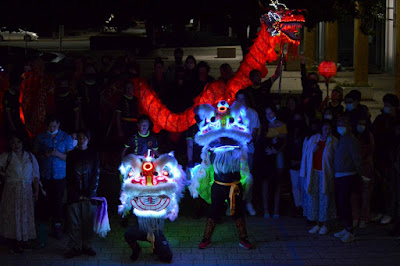 A pairing of ACO and hiphop over consecutive nights satisfied my sense of the ridiculous.  But it was not to be.  In the end, the hiphop was moved to conflict with ACO, given Covid and landlords, and instead I saw a mixed night of entertainment at Transit Bar "Gig City".  I liked it and I met a fellow bassist.  All good.  First up, that fellow bassist was Harley and he's just come to Canberra to study and his band is Bum Funk/Punk in style and they have several tunes on Spotify and they have more listeners than me.  No issue there: most do!  Have a listen.  They are called Ricky's Breath.  Three acts appeared at Transit Bar.  First was a female singer/songwriter.  Mostly originals, one cover.  Alto voice with some power with solo guitar accompaniment with a satisfying sense of edge and dynamics.  Mostly love songs, if I caught the lyrics.  Her name was Sam Sly and strangely I'd heard that she was playing from Megan who'd heard at a women's lunch outing just the day before.  How strange and small the world!  Then a trio, guitar/bass, drums, electronics/vocals. I guess led by the vocalist with his compositions.  The feel seemed to be around '80s pop-synth to my ear.  Nice and entertaining.  Again, mostly personal life-cum-love songs; one title I caught was "Spring cleaning with my girl".  Amusing.  Then an EDM duo, female singer, male electronics/perc.  No idea what the themes were here.  Again, overloud low/sub bass (the band had it but this was worse) but lively and danceable as EDM should be.  Notably, the singer started with a welcome to country then on to sing and dance with the beat.  I've never heard the welcome on a pop/indie stage before.  As for band names, I'm uncertain, but I think the trio was Zuko and the duo was Miroji.  It could be the other way around.  Entertaining if unexpected!  As for the new Transit bar, I liked it.  It reminded me of Fat Cat in NYC, with a stage area, lounge, billiards and the like.  Then I caught a Chinese New Year Dragon Dance just outside Canberra.  Is there no end to the excitement?

Sam Sly, Zuko and Miroji played at the new Transit Bar.  Harley from Ricky's Breath was there too.