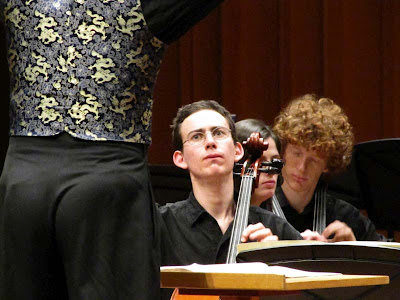 Free orchestral concert in Llewellyn? Wouldn’t miss it; better than those late night offers on TV. This was the ANU School of Music Orchestra. Presumably they are the students. They certainly looked young, but they played well and the program was a pleasant one, with just a little challenge. Firstly Gershwin’s American in Paris. It’s a popular work. From the top it was a hoot, literally with the sounds of car horns, and figuratively with big European city aliveness. There were jazz syncopations that represented the brash, brassy yank, and cute, bouncy litheness that was the Parisian surroundings. It was a Paris that’s perhaps not so obvious these days, but you saw it in films of the period. There was a second movement that was more in awe and wonder, then the elephantine statement at the third movement with its bluesy, laid back, Yanky statement. Lovely and joyous and wonderfully, almost visually, descriptive. 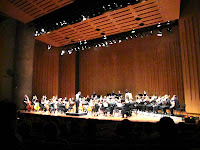 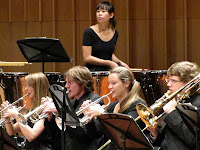 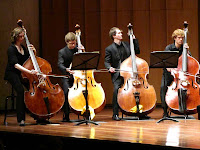 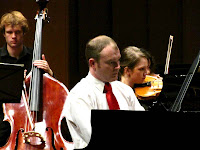 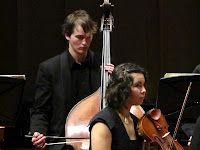 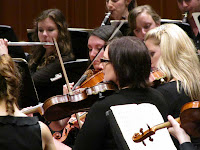 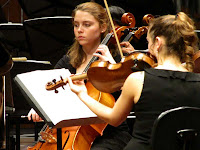 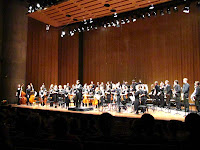 Then followed the Piano concerto by Constant Lambert. This was not so well known, at least to me. It’s a work from 1924. I often find works of that period remind me of film. Presumably, the film composers at that time, and shortly thereafter were influenced by these styles. Megan was at a loss for a major theme. I found it attractive, in a Roman epic way. Earlier on, I thought of B-grade Roman epics and those strange cowboy-style horse chases they featured. Then mills and stream and brooks, then a denouement. Nicely played, and interesting, if somewhat typecast to my ears. Blame that on the commercial culture that also has me equating Carmina Burana with a brand of instant coffee. Anthony Smith was the pianist.

There was an interval, then the last work: Dvorak’s Symphony 9 “from the new world”. This was the longest work on the concert, and another one that’s hugely popular. I could feel the optimism of the work, but it seemed naive to my modern ear. I enjoyed it well enough but it remained unrealistic. All this hope and beauty and optimism. The first movement seemed enamoured of mountainous scenery and the grandeur of the plains, while referencing Errol Flynn’s Robin Hood in my mind. The second presented human dimensions of wives and horses and the trail west, all hardship and tenacity, and even a touch of doubt, but never of flag or country. Then a waltz for the third movement - that was difficult to fathom as it seemed to hark back to the old world. Then a fourth movement of sound and fury and again those filmic horses. I’m disrespectful, but I find this music too romantic: serious but verging on treacle. We’ve lost such hope for the new these days, and this music seems to me to be lost with it. I don’t prefer John Cage, but I do respect informed doubt, a willingness to question orthodoxy, a certain world-weary wisdom. These qualities say old world to me, not the new world of this music.

So what was my preference? Probably the Gershwin for its delightful mix of old world and new, and its open awareness and respect of the strengths of each. This was a wonderful balance of old and new and that’s the stronger path to the future. But it was a lovely program and a capable orchestra presented it. There were a few uncomfortable moments, but nothing to be concerned about. These are capable players who already provide a most attractive performance. And they are just students! I am in awe. Well done to the ANUSM and their lively orchestra and this amenable program. The ANU School of Music Orchestra was conducted by Mark Shiell. Anthony Smith joined on piano for the Lambert Piano Concerto.
Posted by Eric Pozza at 10:07 pm