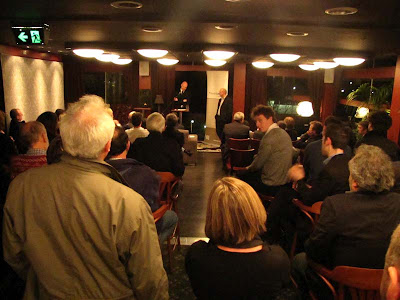 I get most of my awareness of political and current affairs from radio (I love talk radio, esp. ABC Radio National). I’d been searching for some time for live radio, ie, seminar-type events around Canberra. A few have occurred in Canberra over the years, but The Australia Institute (TAI) has now established an ongoing series of monthly Politics in the Pub nights at the Uni Pub in its salubrious 3rd floor Lounge Bar. I learnt about it on the morning of the event from an aside in a Canberra Times article by Jack Waterford. This shows you how hard it can be to track down events (that’s why I started CJ). Someone mentioned that he’d heard of it through RiotACT, hidden amongst the masses of other content there. Whatever, it’s good to see we now have a regular PitP. 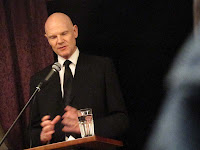 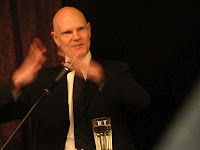 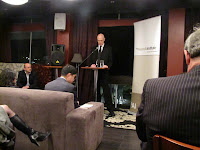 Don Russell spoke on the decline of the US and touched on implications for Australia. DR was Paul Keating’s principal advisor and also an ambassador to the US, so his observations were informed. He spoke in the context of Paul Kennedy’s Rise and fall of the great powers. This book was published in 1989 and looked at relationships of the great powers from 1500 to 2000. He essentially found that state interactions were anarchic and egotistic, and that the world is constantly rearranging with victory going to the country with the strongest economy. Also that imperial decline (“overreach”) is not well received by states, which then indulge in more non-productive military expenditure, a less healthy economy, and a consequently accelerated decline. Don asked whether this changed after 1945 and the rise of the USA as the core superpower. He suggested “the US is different” because of the influence of the European Enlightenment at the time of its formation. In the US, “sovereignty belongs to the mass of ordinary people” rather than the state and this is locked into the constitution through balances of powers. Thus, the President is weak except for foreign affairs and defence issues, but also “America goes to war for a principle” rather than an interest. While this remains the case, the US will be afforded a leadership role in international affairs. DR recognised that this resort to idealism may collapse if resources or wealth are challenged (“if the economy turns bad, watch out”), but he noted that the US corporate sector remains in good shape despite the GFC, productivity continues to improve and innovation is “hard wired into the US system”. He also noted that you can expect a response if you attack the US, but that the US military is educated and “learns from its mistakes”. What of the environment? BRIC (Brazil, Russia, India, China) countries are rising as they’ve decided that the move of power to direct the economy from the state to individuals allows market/investment responsiveness, and that peace and stability is essential for this growth (“the opportunity cost of capricious behaviour” is high). This understanding is different from that of the imperial 19th Century. The US learns, and had learnt this, and thus didn’t repeat the imperial powers’ Treaty of Versaille after WW2, but developed a different agreement at Yalta. Given the above, “in the last 100 years, the world has become a better place”, improved from the picture of state anarchy and egotism outlined by Paul Kennedy.

My thoughts? I was amazed by some stats. The US was the one country that came out of WW2 richer, and in 1943 the US was producing 1 ship per day and 1 plane every 5 minutes (!). I warmed to DR’s overall thesis. I don’t find the US quite the ogre it’s sometimes viewed by the left and I think that perhaps the current world is looking up providing we don’t destroy it through climate change, lack of water, resources, etc. But I also felt DR was too generous to the US, as have been several other US-history buffs from the Labor Party (eg, Kim Beazley, Bob Carr). I guess this is because the enlightenment political philosophy is attractive to social democrats (as it is to me). DR told a story of the British ambassador obtaining armaments for the Falklands War by speaking directly to the American people via TV from steps somewhere in Washington DC as indicative that “sovereignty belongs to the mass of ordinary people”. I can’t imagine citizen-influence through elections is really so different from ours, and DR had already stated that the President has most power in areas of Foreign Policy. The story was good, but seemed rather a big call as evidence. But then, he’d been an ambassador, and obviously took the story seriously. Otherwise, I thought the history of the US’s good luck which is said to explain their optimism (in easy expansion across a wonderfully rich country, in the War of Independence, in the resultant rapid rise as the superpower) was too little recognised. Similarly the extensive history of interventions by the US military (Instances of Use of United States Armed Forces Abroad, 1798-2007 / Richard F. Grimmett, Congressional Research Service, updated 2008). I expect the US is (relatively) idealistic in foreign policy because it can (or has been able to) afford to be. But then DR recognised that when he said “if the economy turns bad, watch out”.

Suffice to say it was an intellectually invigorating outing and a challenging way to pass an hour or so. TAI’s Politics in the Pub sessions are held ~monthly and are free. Time is 5.30pm for 6pm start; talk and questions to 7pm, then chat to 8pm. To get on the mailing list for Politics in the Pub, ring Serena 0421 759 262.
Posted by Eric Pozza at 9:28 pm