Takes one to know one 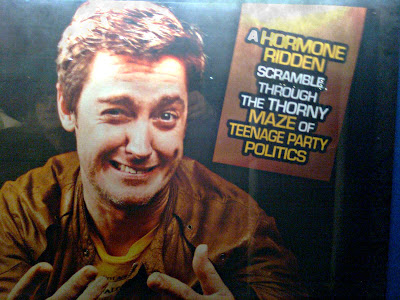 Codgers had the most white- and grey-haired audience that I’d ever encountered. It takes one to know one: well attended, well enjoyed and good natured. None too deep, but its heart was in the right place. A group of five older men meet every week at the local gym for exercise, chin wags and Saladas. They reminisce about the war and complain about a changing, modern Australia. Then various events interrupt their routines: there’s a Chinese interloper who’s invited along one day; there are skirmishes between the Liberal and Labor voters; there’s even an unexpected GLBT theme (I won’t give this away), there’s a real estate deal that potentially flops and a death in the group. In the end, the group comes to better accept differences (racial, sexual, health), and gets on with its life. Interestingly, the Labor/Liberal stoush is in the context of the 2007 election (t-shirts proclaim “Kevin 07” and “Rudd’s a Dud”), so this is somewhat of a latter-day Don’s Party. (Given recent polls, it seems they were both right: 2007 was Rudd’s election and he subsequently became a dud). So, a nice play with a wholesome theme, a busy and entertaining dialogue, an interesting politico-social parallel and none too heavy. Of course, I couldn’t take pics. The pic is of a poster outside the theatre for another play, but it seemed strangely fitting.
Posted by Eric Pozza at 1:48 pm

Email ThisBlogThis!Share to TwitterShare to FacebookShare to Pinterest
Labels: Codgers