Something quirky this way comes 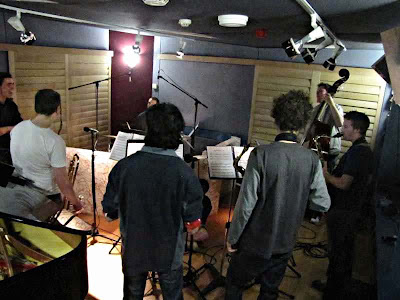 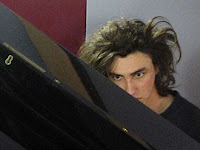 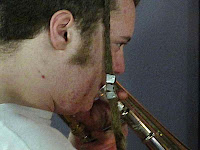 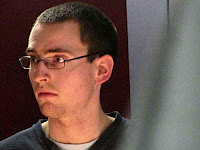 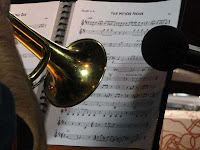 The Circus came to ArtSound again last night, ie, Lakeside Circus. It’s always a work of madness and extravagance, and some really interesting and searching playing. I’ve written on their last performance at the Front. Read that for more in depth comments. This time, I only caught some of the broadcast and got to the studio for part of the second set. Again I noticed those clever, Mingus-like arrangements, but was also taken by the soloing, which was not so much virtuosic as intervallically intriguing, and some strikingly contradictory piano playing at times from Jono that just clashed like the titan but resolved into new and satisfying themes. Jono is generous about his work in all this, although he takes an obvious and impish and committed leadership role while playing. His take is that he starts with an idea, and the arrangements develop from themes and lines played in practice, which he then further charts. Whatever, it’s very impressive writing. Another quirky saturnalia from Jono’s musical acrobats.