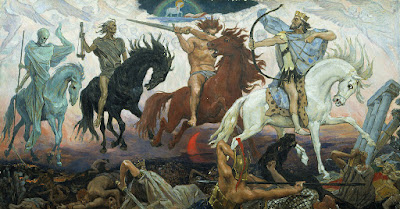 I was taken aback by a story told by a fellow at a course yesterday.  He'd taken a brochure from our local Council or the Human Future (CHF) and distributed it to acquaintances, perhaps friends, here in worldly, internationally-aware, educated Canberra and he'd struck "overwhelming resistance".  He reported only 2 in 10 gave support.  Now, I thought anyone with some awareness and intellect and recognition of science had accepted the essence of climate change and the raft of related existential risks, but no.  The science says one thing, but our comfort or social media or MSM or political misinformation or industrially-promoted confusion has had its effect.  This happened at a U3A class on Mega Threats run by CHF member Bob Douglas in the context of a talk by fellow CHF member Julian Cribb.  CHF is our local incarnation of a body to study and warn of the risks of civilisational and perhaps human species collapse, and is one of several, as in Oxford, Cambridge and elsewhere.  The leading members are John Hewson, Bob Douglas, Robyn Alders and Julian Cribb with the body much influenced by the  many influential writings of Julian Cribb.

Visit the CHF site to understand better each of these concepts.  The ideas are big and broad and the encapsulating titles can be baffling.  I remember Limits to growth from the 1970s and how they were ridiculed when they argued for collapse after 50years: it's looking increasingly prescient.

But my interest here is Julian's talk and his list of corresponding actions to respond to these risks.  Not sure I caught them all or summarised them precisely here, but this was my take.  And it intrigued me that this is much bigger than just CO2 measurements and dates.  This is all-encompassing change.  He had them as a neat 10 actions.  Again, not sure that my list is so organised.  He'll have a book out soon with the neat list.

And some suggested mechanisms:

So how much time have we got?  Not much!  10 years?  Again I'll quote Gramsci: "Optimism of the will; pessimism of the intellect".  The alternative is despair.

Some factoids of note mentioned by Julian:

Interestingly, the CHF is developing an Index of Survivability around these existential risks.  It will be illuminating.

Council for the Human Future