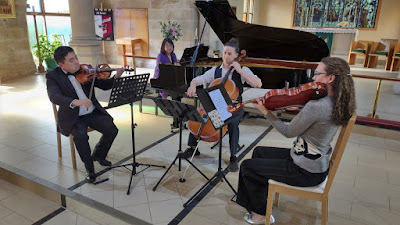 Last year was the big Beethoven birth bicentennial but many events were lost due to Covid.  I just got to one, a year late.  It was Black Mountain Piano Quartet playing two Beethoven piano quartets, one written at age 15, another much later, and two pieces written to Beethoven.  Local composer Michael Hardy, an old mate from the Patents Office and also the Blues Club, presented two world premieres, A scherzo for Ludwig and Ludwig in Wonderland.  Mike introduced the works as influenced by Beethoven's playfulness, thus the scherzo, obvious enough, but Wonderland?  Beethoven after too much listening to Steve Reich and Terry Riley.  Amusing.  And both were solid, interesting works.  Well done.  Not to be limited (Mike is prolific!) the encore was a classical take on an Angels song, a great melody with classical harmony and quartet interplays.  Insinuating and satisfying.  The BMPQ was neat and internally responsive, perhaps a bit unsure of some of Mike's reimaginings, but very satisfying.  As for cello, Alex got a good few bass-like lines.   But think of this.  In a few hours in downtown Canberra, I've explored bell ringing in two venues and experienced 2.5 world premieres and 2 Beethoven piano quartets.  And tomorrow a touch of Afrobeat, perhaps? 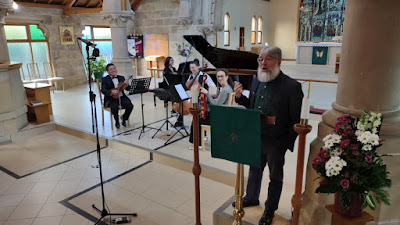 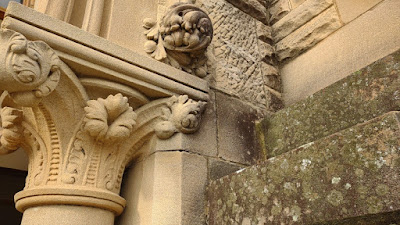