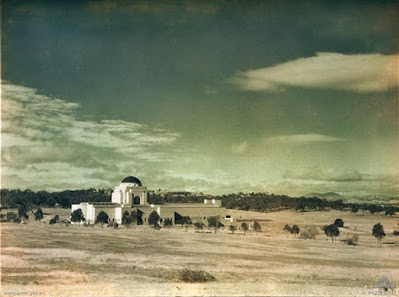 Here's my submission to the NCA on the War Memorial development.  It includes plenty that's outside their domain, but I felt I should say it.  It's been a tawdry example of culture warring and influence and looking after mates to the exclusion of others and an obvious display of our current way of making politics.  FWIW, here's what I wrote.  It will be well received in Canberra (597 of 600 submissions were against the AWM redevelopment) but of little interest outside.

I wish to state my opposition to extensive redevelopment of the Australian War Memorial. I have these points to make.

1. The redevelopment will turn the AWM from a meditative space to a museum of war.  My comment is this.  I remember travelling in Europe and visiting a war museum in Spain.  I found the experience distant and war-mongering and deeply unsatisfying.  Alternatively, I have visited the AWM and found it touching and relevant.  Sadly, that relevance is dropping.  My recent visits have given me a different feeling, more war-promotional.  Not least the fact that I sat in a theatre named after a major supplier of weaponry.  I fear for this change and feel it undermines the sanctity of the traditional, much loved building.

2. I have visited the AWM annexe and consider it quite apt for display of large military tools and materials.  This serves the purposes of a museum without undermining the sanctity of the memorial space.

3.  I fear the culture war aspects of what is spoken as our "Anzackery".  Large monies have been spent on WW1 commemorations.  Australia overspent the next largest spending country, Germany, by many times, ~4x).  Now the same government seeks to spend a similar amount on this AWM redevelopment while ever-ready to weep for Anzacs (viz. Scott Morrison) and undermine proper military processes (Dutton and awards for an SAS division).  Note also the claims of free speech but the readiness to question expressions when it suits (viz. SBS broadcaster and around a recent ANZAC day).

4.  The deep meaning and importance of the AWM as a historical building and as a representation of the mourning of Australians, esp after WW1/WW2.  Included in this is a real questioning of war and Australia's readiness to attend others' wars.  WW1 is a prime example of doing others' business where the business itself was deeply questionable.  Vietnam is widely recognised that way too.  There are similar others.  And let us not forget the Australian colonial wars which the AWM refuses to recognise. They may not be formally recognised, but neither were several other wars by Parliament.

5. The expenditure of vast monies on changing the nature of the Memorial at the very time that other national institutions (NGA, NPG, NLA, NMA, as well as other major institutions, ABC, NAA) suffer such funding problems.  I used to work at the National Library.  From my time (~1990), the staffing has reduced from ~650 to 365 ( https://www.nla.gov.au/facts-and-figures )

6. The broad public disquiet and open disagreement with this development, the lack of real, honest, open consultation by government and the implications of such a process for our democracy.  This at a time that democracy is widely seen to be suffering throughout the world and while crony capitalism is under serious discussion as a source of corruption of federal political processes (viz. climate, media and more).

I trust you will give due consideration to my concerns and hope you will decide against approval of further work on the AWM redevelopment.

(One spelling and one capitalisation correction made from the original)