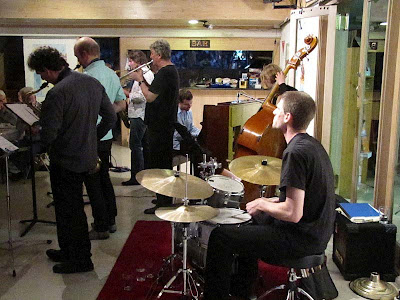 Miroslav Bukovsky and mates presented a tribute to Miles a few months ago. I missed because I was overseas, so I was happy to see that it was to be reprised at the Alliance Francaise. The tribute was called Kind of Blue, but it was more a celebration of the late-50s Miles by one of his many admirers, Miro. They played all the tracks from Kind of blue, with occasional transcriptions and the addition of intros as on the album. But they also played three tunes from the Louis Malle film, L’Ascenseur pour l’echafaud, and a tune called MDD (Miles Dewey Davis) that Miro had written on the day Miles died, along with Milestones, that early modal piece from Miles’ hard-bop, pre-cool era. And very satisfying it was, too. 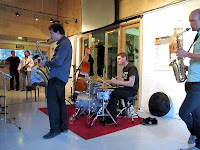 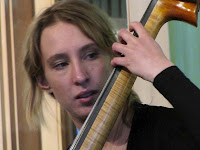 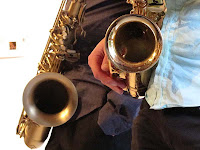 Most of the tunes from KoB have become jazz standards, and we hear them regularly when jazzers are blowing: So what, Freddie Freeloader and All blues. Blue in green is less common, as is Flamenco sketches. These later are lovely, pensive pieces with Bill Evans harmonies and both were a joy. It was nice to remember that even the common tunes were actually fairly slow and cool in the originals, while they are often now performed up-tempo and with verve. The horns up front were lovely, with those simple, stark but effective melodies to start each of these minimally composed numbers. The soloing was good by all throughout. John’s powerhouse tone and showers of notes and a bible of substitutions. Miro with his Harmon mute for the gentler numbers, or rapidly running the changes with blaring trumpet volume. Sebastian more bluesy then dissolving into dissonant lines and honks and interval studies. Joe Lloyd ever the emotional, passionate downhill run across the whole range of the alto. The rhythm section was another batch of local stars. Luke’s comping was imaginative and responsive and leading but also understated. Ed was the sharp and precise across the dynamic range, constantly changing tones and sounds on his kit with different sticks of mallets or brushes. Hannah was regular and solid throughout long, fast hard-bop walks, up into thumb positions and down to the low E-string. The rhythm section soloed with panache, too. Hannah’s solos were well-formed little gems that were especially memorable on the gentle pieces like Blue in green . Ed’s solos were also short, but strong and clear in intent. Luke’s were rich plays with harmonies as only a pianist can do, right hand working busily up and down the keyboard.

The three tunes from L’Ascenseur pour l’echafaud were new to me. Miles extended a visit to Paris and recorded the soundtrack for this film for release in 1959. Three tunes: the first was a classic, plaintive Miles melody with Harmon mute. The second was a rolling swing. The third was a fast swing, light and slightly unstable, careening, which appeared in the film behind a car chase. The final tune of the night was an elegy to Miles by Miro. A lovely tune played with feeling and sometimes funereal drums from Ed. So, a satisfying night. A few transcriptions, but mostly original playing influenced by the master from this masterful period of the last 1950s. Much enjoyed.