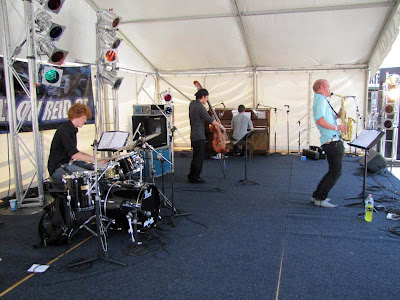 There were other worthy performers at the festival but for whatever reason, I didn’t catch them. I had decided to attend all the Linda Oh and Ari Hoenig and Charles Tolliver gigs, and I felt I understood them better for it, but it’s got a cost in breadth of vision of the festival. I missed the jazz awards, which take a festival in themselves. I heard a few bars of Andrew Robson’s Thomas Tallis Quartet, Laia Genc’s Liaison Tonique and Hoodangers. Here are some pics, including the strange reference to "No undies" in the dress code of one of the local pubs. 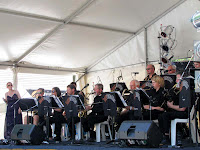 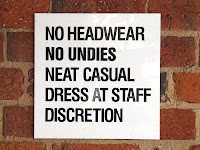 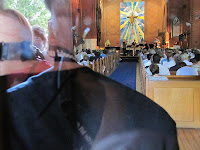 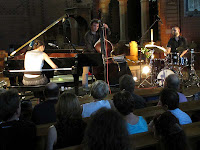 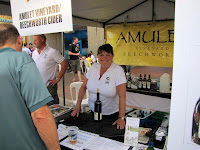 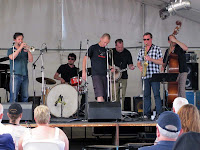 The other ambience for a jazz festival is the feel around town. Mostly, visitors are seen by the locals as good business, but Wangaratta closes a street (Reid Street) and presents a free jazz, food and wines event which brings in all the locals. It’s not the seriousness of the real thing, but it’s pleasant, allows some lesser names to appear, and promotes local involvement. Various bands from the Jazz School have appeared in the past, and this time is was the turn of Raf Jerjen. They bravely followed the capable local big band, Jazzaratta, with tunes from their new CD. It was quite a change from Buble and Stevie Wonder to their brand of Coltrane but they got away with it. Nice playing, too, from all members, and I particularly noticed some decent bass solos from Raf.

So how did I find Wangaratta 2009? It was a smaller festival this year, with a fairly sparse program. So despite this being the 20th anniversary, I doubt it was particularly memorable for the regulars. The town is nicely sized and pretty friendly and well involved with the festival. I took the homestay option and so met some locals and that’s a plus. The new theatres (Wangaratta now has a brand new Performing Arts Centre) are worthy, but perhaps too small for the big names when there are lots of visitors in town. There’s a good chance of patrons being unable to get in to a session or alternatively having to wait in long lines. This puts a distinct limit on the size of the event. You can only have so many people missing the big shows before you have dissatisfaction. There were gold passes to jump the queue, but that’s essentially a short term and self-defeating approach to a real problem.

The names weren’t so big this year, but they were still interesting and worthy, and a few were revelations. I don’t think you necessarily need the really big names, although it does draw the crowds and they make nice notches for your horn. The sound was much better this time in the otherwise reverberent St Patrick’s Hall. But the mix in the main theatre was not too good, at least for the first big band shows, which would be the more difficult to control. I was not the only one to mention he didn’t hear horn solos or the bass, and the piano was too high, at least for Mothership on the Friday night. The deep bass for kick drum and double bass was sometimes too pronounced, a tom mic was breaking up at the last Hoenig gig, and although the piano was a big concert Steinway, it sounded strangely lifeless. I doubt it was the gear, because it all looked fabulous and there was plenty of it.

But management gave me a media pass (I hereby announce my potential conflict of interest!) and I always find value in jazz at whatever level and there was plenty there. More than enough for a good weekend, and it is a great weekend. I haven’t even touched on the blues artists, which were getting glowing comments from the people I talked to. So I enjoyed it very much, and thanks again to management for the media pass. But it seemed a strangely subdued event for the 20th anniversary. Not the biggest and best Wangaratta, perhaps, but easily and always worthy of the visit.