A female singing mate who I met at the Michelle Nicole gig wondered if Michelle had perfect pitch. I’d noticed just how pitch perfect she was, from the deepest growls to the highest of soprano tones. It was exquisite how she’d jump through fifths or octaves to these sky-high pitches, and still, to my ear, be spot on pitch. And it’s true, she did start tunes with no accompaniment, and they were on pitch when the backing band entered, so I guess she did have pp. It was not the only pleasure on the night. Michelle was playing with a trio that she’s long known, and the interaction and close responsiveness showed throughout the night. Lovely, intuitive responses; dynamics that moved instantly; tunes moving up and under and through the chords, led by Michelle or another player, but always sweet and accurate. 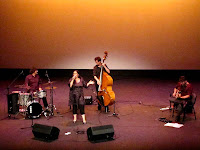 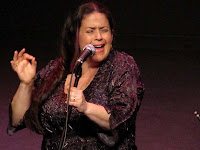 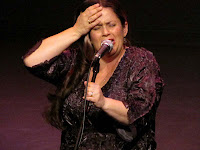 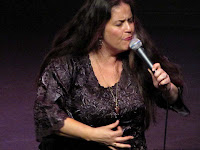 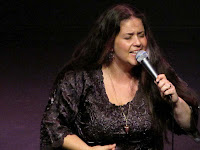 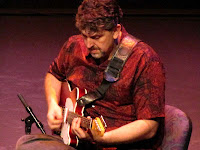 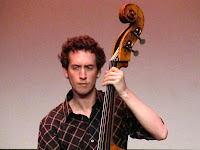 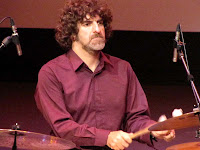 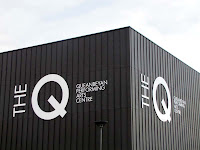 The tunes were also a joy. Singers add a special touch that instrumentalists can’t, given the stories they can tell and their use of language, which is perhaps the defining attribute of humanity. As I write, the songs seem corny, but they are mostly well known and Michelle gave them a rare humanity and personality. There will never be another you; You made me love you, I didn’t want to do it (sung in film by a teenage Judy Garland to a photo of Clark Gable); Dearly beloved; Hey you, you with the stars in your eyes; When you’re in love, it’s the loveliest night of the year; So in love; Lover. Standards from the early days that we might scoff at. They are certainly innocent, but there’s truth and wry humour there too. A new one on me was There’s a small hotel, which Michelle introduced as “risqué in its day”. I’m sure it was, but it was simple and open and a touching statement of desire. Subtle yet knowing and not at all in-your-face as we’d be now. There were a few jazz tunes, too. A surprisingly lyrical ballad by Ornette Coleman (?). I wondered if I’d heard this right; I didn’t catch the title just the name. I now think it was Lonely woman, a Horace Silver ballad that Ornette's famous for performing. And a Tadd Dameron tune called If you could see me now.

Back to the playing. Michelle was perfectly pitched and timed, involved, accurate. The band was similarly in touch, similarly accurate. Geoff toyed with volume and very moderate effects, but otherwise just played so stylishly and aptly, fast at times, but never brash. Ronny was similarly in touch and light and understated. I had trouble hearing Tom, with a soft tone and not the best mix, but he too was connected and restrained and took a nice solo or two. So, fabulous singing and a wonderfully in-touch band, and simple and touching tunes. A great night.

BTW, I should also mention the venue. Michelle played at The Q: the Queanbeyan Performing Arts Centre. It’s new, comfortable and capable, and easy to access and park. Something like our own Street Theatre. They had had a launch of the theatrical calendar for 2010 before the concert, and it’s looking busy and interesting. I wish them luck. And special thanks for the gratis tickets they gave me for this show. I wasn’t expecting to go, but enjoyed it immensely when I did.

This sounds like just the sort of jazz concert I would have liked Eric. I love those old standards - corny though they are! Wish I'd know it was on - though whether I would have made it is another thing I suppose!