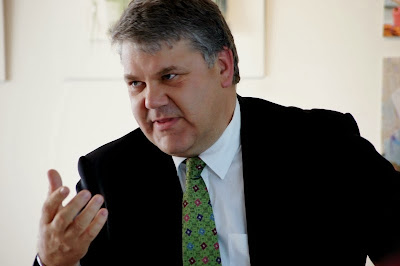 Labor is the only party that’s cut spending in real terms in the last ~50 years. That’s a killer factoid. It came from Stephen Koukoulas when he spoke to the local branch of the Australian Fabians. SK worked in banking, is a macroeconomist, was economic advisor to PM Gillard. More about that factoid. Labor/Coalition have governed about equal time since 1970. This fact is despite the accepted wisdom that the Libs are the better economic managers. SK said the Libs would cut, but then they would reallocate. It’s an example that “people don’t face facts” which was the base argument presented. The session’s title was “Why values matter : evidence and ethics in Australian politics”. Right up my alley. I imagine this is really a question of political philosophy rather than macroeconomics, but then economic facts are much of the evidence in question. It was a discussion rather than a presentation and lots of questions from the audience led to a rambling outcome, but SK is informed and there were gems on show as well as a few questions that challenge an economist’s view on the world.

What themes arose? Why is cost of living seen as in crisis when wages have exceeded inflation for the last 10 years? SK suggested views are formed by frequent (petrol, electricity) rather than infrequent (TVs, blenders) purchases and changing comsumption patterns (takeaways and meals out increased from 3% of household expenditure to 8% over the last 20 years; think today’s workplace coffee culture). 23 years since the last recession is “incredible”. Australia is the fifth richest country per capita in the world (after Luxembourg, Qatar, Switzerland, Norway); its GDP per head is double that of NZ. Has it made us complacent? Despite the hype over the carbon tax, only 2.5% of household expenditure goes to electricity (although some additional component must appear in other bills). Price signals are very efficient at changing behaviour. Recessions actually hurt people. There’s a recent article in the Lancet on poorer health within 1 year of the GFC in Greece, Ireland and some other countries. Does business confidence rise with the Liberals? Yes “but they can’t do it for too long” and “talking down the economy before the election did hurt the economy” and there is a challenge in replacing mining. Complex messages aren’t always easy to explain; slogans can be more effective in influencing. As for the economy, it’s horses for courses (eg, fiscal austerity is not good when the economy is weak). There is confusion over gross/net debt and it’s used politically (an example was given). There’s a perception that mining, agriculture, manufacturing are better because you can see them, but in 20 years we will mostly be doing services. Messaging is necessary but it requires policy. Labour had clear messages in 2007 (“country that makes things”, “greatest moral challenge of our time”, etc). Keating was a master with the ability to tell interesting and difficult stories, but “he had enough of the people that matter on side”. Now Labor has “blind criticism”. About the first months of the Abbott government, SK is “disappointed how bad they are” by “hurting the economy and constraining future economic growth”. Was it just about the message? Yes “but you need to have some substance underneath it”. Perhaps the best, most challenging question was about supporting the car industry for national resilience and diversity of skills and capabilities, given Australia is the 15th largest ecoonomy and could sustain it.

Given urgent questions, this was interesting if a bit rambling. I absolutely agree with the requirement of evidence and get upset with misleading and simplistic arguments and spin abouding in our political process. I would have liked to chat further, but an hourly bus beckoned. Not that it would have made much difference. We still have what we have and climate change and inequality and the rest are still threatening … ever more urgently.

Stephen Koukoulas spoke to the Canberra branch of the Australian Fabians on “Why values matter : evidence and ethics in Australian politics”.
Posted by Eric Pozza at 6:29 pm