A summer of musicals

Is this becoming the summer of musicals? Sunset Boulevard, Sound of Music, now La Cage aux Folles. I hadn't tweaked that Canberra had such a strong musicals scene. We won an ArtSound prize ticket to La Cage aux Folles and again, I was stunned by the quality of the outing: great costumes, music, voices, acting and this one had plenty of fun. All done by a local amateur troop: this one by Supa Productions. And a lesson in musicals, too. The program quotes music and lyrics writer Jerry Herman at the Tony awards saying "There's a rumour ... that the simple hummable show tune is dead on Broadway. 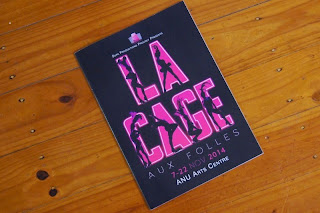 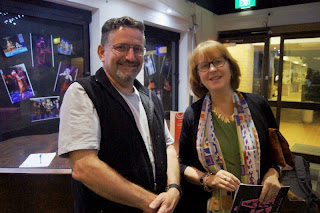 Well it's alive and well at the Palace" (where Cages aux Folles was playing at the time). Similar to Sound of music; nothing like Sunset Boulevard. La Cage aux Folles is known well enough. La Cage is a drag nightclub in St Tropez. George is MC and drag-queen wife and mother Albin performs as Zaza with the chorus line La Cagelles. George's hetero son, Jean-Michel, comes home to prepare for a visit by his new love's parents. The father-in-law-to-be is a rabid anti-gay politician and JM seeks to put on a straight family face. After various twists, the lovers will marry and the gays win heart-rending approval. It's entertaining, joyous and effective in getting messages of gay love and a parallel theme of living for today across to the masses. So, it's a success as a musical and a political statement and this was a massive success as a performance. Peter Wilkins says that "in a production so carefully conceived, exquisitely staged and superbly performed, the line between amateur and professional becomes blurred". I concur. It's feel good, so lends itself to a good reception. But it's also deserving, even stunning or excellent. The Cagalles were always luscious and it was great fun to try to distinguish males from females. The program helped and it was needed (well, maybe more obvious with some later costumes). George had a great voice. Albin was wonderfully played as touching or outrageous or just plain motherly. Jean-Michel was every bit the straight heartthrob (think Titanic). Jacob was an insanely flamboyant maid. Anne is the love match daughter of politician father Edouard Dindon and mother Marie who is later seduced by the camp joy of it all. There are a few other characters, audience, a fisherman, the local cafe staff, restauranteur Jacqueline who is central to the resolution. It's entertaining theatre, but it's also a political theme and this musical, later film, with its gentle and personable approach, can likely lay considerable claim towards rapid political change. As for the music, it was also so well done. Apparently, the charts are copies of hand-written originals, which I'm told is often the way in the pits. The pit included a quartet of singers, not least to strengthen the voices of six very busy dancers. I was also intrigued by the electronic set, big LED screens that changed with scenes. All in all, a great night out and an excellent production. Peter Wilkins suggests you "save yourself the cost of a ticket to Paris and treat yourself to a night at La Cage Aux Folles". I don't go quite so far (there are other wonders in Paris) but otherwise I'll happily agree with the sentiment. As for discovering musicals in Canberra, how much time does one have after jazz, classical, choral and more? Hello also to drummer Ron Tito, a veteran of local musicals and a relative of Megan's.