And now to party 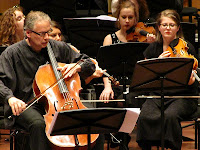 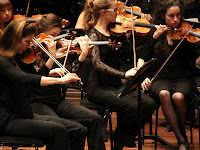 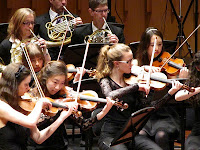 After the period-piece Albert Hall, the final CIMF concert at Llewellyn seemed so big. It was. It was also a big social event. It’s the end of a fabulously successful and challenging festival. Volunteers and attendees and musos were tired but elated. Everyone was invited back for drinks after, but I imagine it’s the musos who are colleagues at a distance who particularly enjoy the knees up. They have done 10 days of many performances with limited rehearsals. It’s a hard slog, but a worthy one.

The final event visited UK and US and linked their democratic institutions to the nascent Canberra. Marion appeared again. Walter appeared to read the words of Lincoln later in the night. We were reminded of Britain’s parliamentary traditions and the US’s federation and written constitution, and how both are represented in our Washminster mix. Perhaps we could say that Australia is an early postmodern democracy, being as mixed as it is.

First music was Vaughan Williams’ Serenade to music, written mid-Century. This was an orchestra with numerous voices singing an ode to music but with the common sadness of the period of post Great War and Depression and end of Empire and the intellectual Communist challenge and incipient fascism and the rest. Some great singing here, although only snippets. The comparison of ~10 singers as solo voices was interesting, even if each singer just got a phrase of two. Then Elgar’s Cello Concerto. Pieter Wispelway returned with Roland Peelman conducting. There was some impressive playing here: virtuoso solo cello passages leading to explosive responses by the full orchestra, then back to the quieter solo instrument. Wispelway is all passion and character. There’s obvious huge technique but to my ears he privileged expression. So he should. Quite wonderful.

The second half, the US half, was my preference. First was Aaron Copland’s Lincoln Portrait with our fantasy Walter Burley Griffin reading quotes from Lincoln. Everyone knows some of these; I didn’t know all. They were embedded with introductory lines about his place of birth and similar. What a glorious piece of clear democratic rhapsody. “Fellow, citizens, we cannot escape history” or “That government of the people, by the people, for the people, shall not perish for the Earth”. Lofty thinking. I was wondering how comfortable he would be with the modern US. As they say of history, this is a different world. To finish, John Adams’ Dharma at Big Sur. It’s quite the antithesis to the romanticism of Elgar. This is mysterious and environmental and rambling with the cello like a character in the bush as night. All expressive virtuoso playing against clicks and squeals and pizzicato and swells and occasional dissonance. Pieter seemed to lighten up after this, speaking to the audience, and replaying the 2nd movement. He admitted being uncomfortable with the first take (although impressive). This second take was much stronger and was a pleasing end to the concert and the festival.

Then a few speeches to finish it all off, and all that’s left is to party.
Posted by Eric Pozza at 8:10 pm