The faith of one homeless man 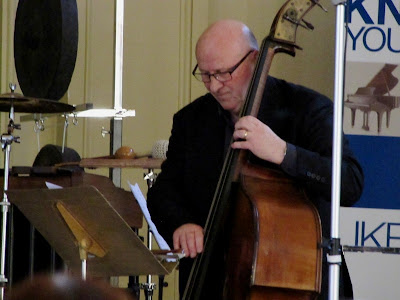 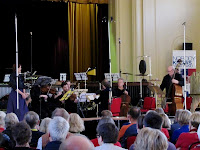 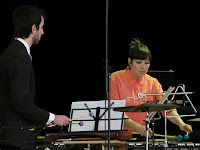 The 26 seconds of a homeless man singing this line is repeated, endlessly. Gavin was generous with his introduction and explanations. He’d recorded it twice, in London in the ‘70s when members of a major orchestra refused to have their names on the CD cover as it might ruin their careers. Then again in NYC in the ‘90s when brass from another famed orchestra rang to confirm the spelling of their names. The second was with Tom Waits as a second vocal. Always good for sales. But he also said he treats music with respect, first seeking to do no evil. That was sensible and the result, of Jesus Blood and the rest, was both beautiful and respectful. JB’s orchestra grows, slowly, almost imperceptibly, behind this repeated voice. Everyone asks, quizically, what you thought. Plenty have problems with it. I found my mind wondering a few times. But the effect is powerfully emotional. It brings tears to your eyes. Especially when the xylophone rings then comes to a steady 1-2-3-4- beat. Or when the tubular bells ring through. Especially when the voices come in behind the rough singing. They are supremely touching. Then it fades, the orchestra finishing with the palest of violin notes. Technically it’s 12 bars of 3/4 time (split 8-4) repeated and developed; the orchestra rests of bar 12. Emotionally, it’s a stunner.

The rest was as good but very different. Jesus’ blood was actually the last piece performed. First was a small string group with two guitars and the Song Company voices interweaving in Laude. These are five short pieces with a mediaeval style, two or three voices interweaving over varied orchestration, one with jazz pizz double bass, another with tweeting viola and other strings. But the voices took it for me. A full sounding soprano with counter-teror, or a pure soprano with tenor and baritone, or whatever. Such glorious voices with mingled melody lines. Bliss. Then more vocal bliss. I’m stuck on the singers. This time, Susannah Lawergren, one sole soprano, pure of voice and raising to the stratosphere. Then percussion from Synergy, playing Bryar’s One last bar, then Joe can sing, and Synergy and two pianists playing Percy Grainger’s Blithe bells.

Great composition, fabulous voices, touching simplicity, even jazz bass and Gavin as stand-up comedian covering for some breaks in the program. He seems an amusing Brit. If you meet him, ask him the one about the cricked neck and the celebratory scotch. Another success.

Gavin Bryars (bass, composition) was one composer-in-residence at the CIMF. His group performed his Laude, Adnan songbook, One last bar then Joe can sing and Jesus’ Blood as well as Percy Grainger’s Blithe bells. The Song Company, Synergy Percussion, Roland Peelman and other helped out.
Posted by Eric Pozza at 10:10 pm