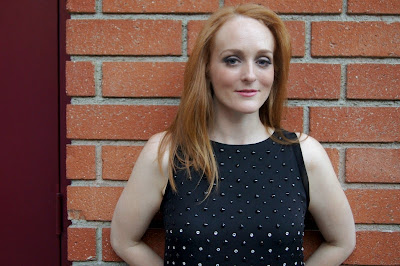 LA is a big, suburban looking place with huge roads and a Metro that I haven’t fathomed and we are on foot. We were staying just off Hollywood Boulevard and a block away from Sunset Boulevard. It sounds chic but this immediate area is anything but: touristy, daggy, Hollywood walk of fame, buskers dressed as action men and women.

Nonetheless, there was a chic jazz club just a block away, Catalina Bar & Grill, and Antonia Bennett, Tony’s daughter, was launching a CD on our last night. This was not the challenges of contemporary but that’s not what I expected and I was there with Megan and Mum and it’s certainly not what they wanted. This was a stroll through the great standards and we all enjoyed it. The band came out first for two of their own renditions: Too close for comfort and Time after time. Both were subtle and well arranged and nicely felt and had an edge. Then Antonia came to stage. The band became a little less challenging, but again, as expected. This is a role backing a singer and singers take priority. Then a lovely scroll of the American songbook, all perfectly well known and nicely presented. Nothing too extended. Think Too marvellous for words, Nice work if you can get it, Embraceable you, But not for me, Let’s fall in love, Pennies from Heaven, Solitaire, Old devil moon, Come rain or shine, Nearness of you, There will never be another you, Taking a chance on love. A few more; I think 18 with Antonia, so nothing particularly long. A range of feels: slow, medium, fast swings, some funky syncopation and cool latin; nicely arranged hits and polyrhythms, although nothing particularly hard to read. The band is all from LA. Pianist Christian is Antonia’s musical director and the rest of the band are local, presumably pickups for the show. Very professional players, these. Neatly reading the charts, nicely unobtrusive and some nicely correct solos. I was most taken by Christian who would move lines across bars with considerable flexibility and invention. Bassist John also took some lovely solos. His first was all in thumb positions, high on the neck. Then a few over the neck, but always melodically elegant and untortured. Drums and guitar were similarly unobstrusive. I could only think studio, lovely guitar chords, only just evident or often enough laid out, and drums that moved the groove, but never in too obvious a way. All unobstrusive but nicely professional. Antonia connected through snippets of her musically significant childhood. She’s toured Australia with her Dad and studied at Berkeley. She told of records brought back by Dad from Japan, of Tommy Flanagan at Village Vanguard, of the man posting letters each day (it was Fred Astaire), of playing for Donald Trump, of the grandson of Jimmy McHugh being in the audience while she sang his song (I can’t give you anything but love). There’s something about being where this is happening, in LA or NYC or whatever, that makes it local, everyday. No scat but Antonia phrased like the jazz singer she is, lines bunched or delayed or moved to express intent. Nice. The great songs performed with history and class.

Then back and past busker Haji Akhbar playing to taped accompaniment at Hollywood and Highland. Confirmation and more bop. Nice to meet you, Haji.