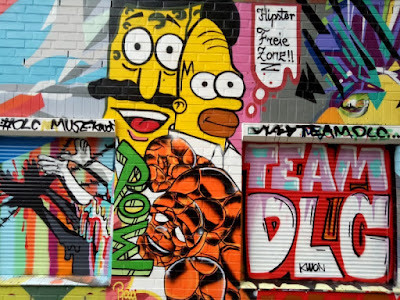 We’re not the only ones to visit Reeberbahn and surrounds, either for the Beatles or the sex. It’s certainly a raunchy area. 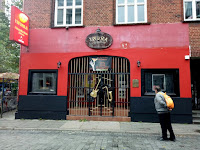 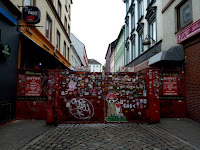 Beatles Platz looks innocent but the street behind, Grose Freiheit, featuring two venues that the Beatles played at, Indra (site of their first German gig on 17 Aug 1960) and KaiseKeller, is colourful and has it fair share of raunch. (The Beatles are perhaps better known for playing at the Star Club in Hamburg, but that’s since burned down). But Herbertstrasse with its girls in windows, supposedly locked off for women and men under 18, is in a genuinely beery and sleezy area. It’s a badge of honour, this sleeze, and the Reeperbahn deserves it. Easily up there with famed Amsterdam streets. So, the Beatles and raunchy Reeperbahn was our first port of call. 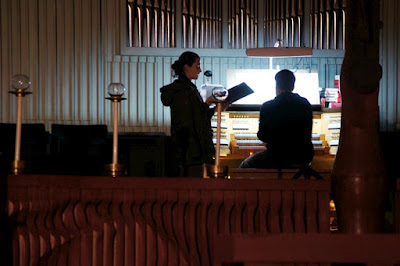 The day ended with vespers at 7pm. We’d found a pamphlet listing Kirchen musik in Hamburg for Oct/Nov and three events were listed for this one evening. We chose the easiest to get to, which was vespers at (Lutheran) Hauptkirche St Trinitatis Altona, sung by soprano with organ accompaniment. Vespers are an ancient rite, one of the daily prayer services and perhaps the last to remain. We received a handout of words and some written music on entry. We arrived to hear the musicians preparing (that’s the pic: they were in white garb for the service). The German was difficult, but we could follow and sing along at times. The soprano singing was deeply satisfying and the organ was powerful and impressively deep with several massive pipes, perhaps 5/6 metres. The Beatles can be sublime, so my title may be a little unfair to them, but Reeperbahn is in no way sublime and the Vespers certainly are.

Oksana Lubova (soprano) sang the vespers at Hauptkirche St Trinitatis Altona with accompaniment by Hanno Schiefner (organ). The Beatles performed in the Reeperbahn in Hamburg in the early ‘60s.
Posted by Eric Pozza at 12:44 pm