Things of beauty and joy 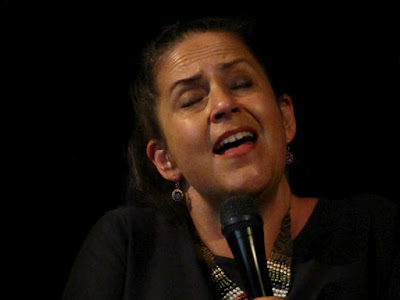 It's not often you fall in love with music. This was one time. Michelle Nicolle was playing with her backing trio at Smiths. Miro came across and sat in. This is with the best. A delightfully easy and soft backing band, firm, clear, decisive but gentle and unassuming. Flighty but perceptive guitar solos. Easy bass, understated but indicative. Ronny on drums, soft and understated at back, but beautifully precise when he dropped in a fill or a roll or whatever. But not too much; never too much. And Michelle. The obvious front line of the show. 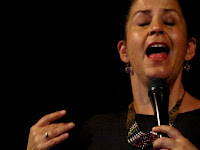 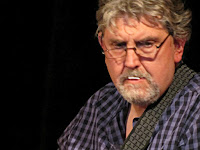 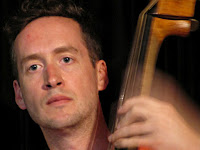 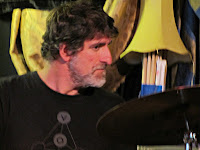 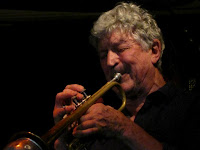 A strong voice when called for, hugely detailed and precise and inventive, but never forced, always at the service of the song. The song was mostly Ellington and Stayhorn, so it was massively worthy song. And a lively, personal, humourous presence, joking of touring or recounting transcriptions. I think it was for A flower is a lovesome thing that she transcribed the intro verse from Ella and is ever avoiding sounding too much like her. Or the quicklines of John Hendricks that she sang over rhythm changes. Or the glorious beauty of tunes like With a song in my heart. She talked of writing songs, but retreating in awareness of the grand collection of the American songbook. I understand. Or about the song written by Ziggy Elmand and Johnny Mercer, And the angels sing, which she also sang. What a joyous thing of innocent beauty! Perhaps out of place but not unwelcomed was Cold Chisel's Forever now: another great song, but just not American songbook material. Nice to see the crossover and the Australian presence. Then the chatter about Disney princess tunes. It's not something I know anything of (my kids were boys): she sang Upon a dream from Sleeping Beauty, a modern composition in songbook style. A slow take on Caravan; even a final take on There will never be another you. But such a concert! A small but intimate audience following closely. I often wonder about people walking by Smiths when these stunning jazz musicians are performing. How can they pass by? Not sure I could. This was a true stunner. One week with Jonathan Zwartz and Michelle Nicolle, infrequent visitors from big smokes, just shows me how Canberra jazz has tanked over recent years.

Michelle Nicolle (vocals) led a band with Geoff Hughes (guitar), Tom Lee (bass) and Ronny Ferella (drums) at Smiths to launch her new CD, A flower is a lovesome thing. Miroslav Bukovsky (trumpet, flugelhorn) sat in for some tunes.
Posted by Eric Pozza at 1:43 pm