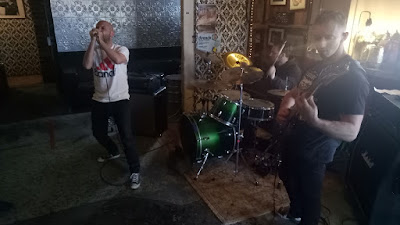 Well, it was a new scene and one I’m not familiar with: punk, metal and the like. I heard music from across the road from the Victoria Markets. The pub was a run down deco pub called the Public Bar, AKA Last Chance Rock'n'Roll Bar, surrounded with scaffolding, but it seemed to have an entrance. So it did. Inside was small with not too many people, a pool table, a bar, stamped metal walls and band stickers, Star Trek on TV and a noisy trio. I liked this one. No bass; just vocals, guitar, drums. Two kick pedals of course, so driving, some interesting chordal movements and endless commitment and a sometime pogo singer with a wry smile and raspy lyrics that got lost without comprehension. All as I expected and lively and loud and the beer was good. The style was metal/grindcore. The sort of afternoon I could take while my ears allowed. This pub stages free bands each Sat/Sun, perhaps 3 per afternoon. There must be lots of metal outfits around. Like many of these scenes, they are friendlier than they look at first. I chatted with vocalist Frank after and that was a pleasure. Also met a fellow bassist (we are not uncommon although not wanting in Frank’s band) from Forklift Assassins. They had played there the week before. I caught a female bassist/singer and her trio before I left realising it was a little loud for these drained ears. I didn't catch their name.  Frank’s band was Tongue Scum, with Frank (vocals), Den (guitar) and Ben (drums). I didn’t get the other names, but I did get a decent beer. A good find all round. 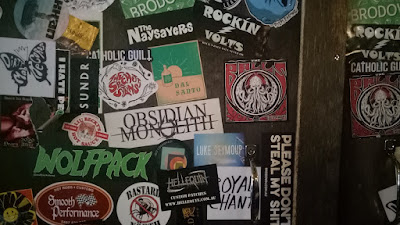 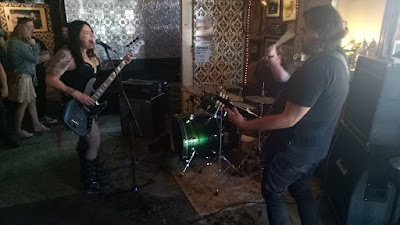 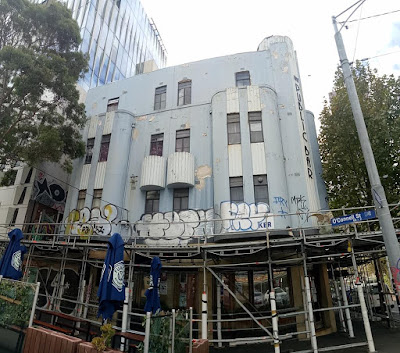