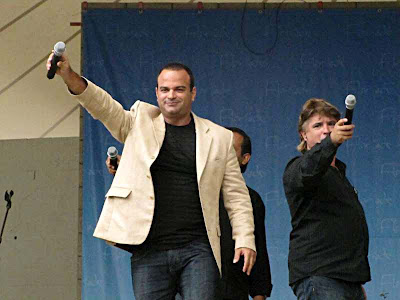 Cuban music is such joy, with the clacking clavé and the bass that’s anywhere but on the one, and the various sounds of richly polyrhythmic percussion. 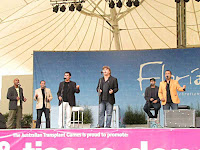 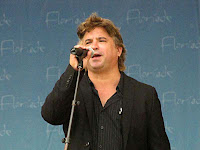 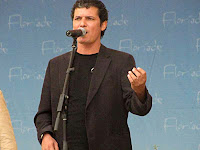 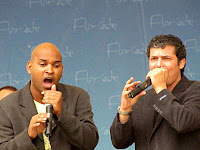 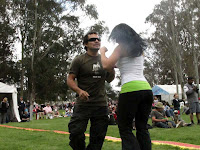 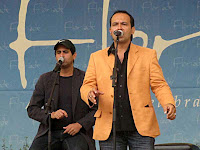 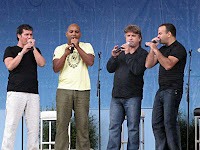 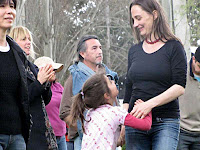 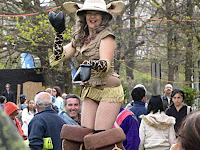 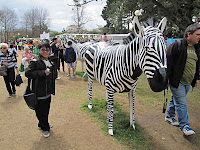 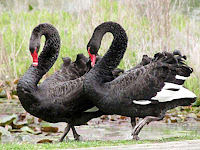 We've just caught Vocal Sampling at Floriade and it’s just that: six voices that are the band. One friend assumed the bass was recorded, and the drums. I knew what to expect but still found the distorted guitar solos a bit hard to believe. But this was all vocal and authentic sounding to boot. They played a few popular rock songs, the Police’s Every step you take and the Eagles’ Hotel California with the recorded solos and arrangements and harmonies and pretty good rendition of the voices. They even played the duelling guitars at the end of Hotel California. That was the pop-shock value and went down a treat. But the beauty was in the langorous latin tunes, the high voices that sang so sweetly, the claves and rich rhythms that got deep into your bones and had you dancing (for the more extrovert) or jostling in your seat (for the rest of us).

Ah, latin, I wish I understood it better, but we all feel it, so easy and pleasant and infectious. I mentioned the guitar solo that had me bursting in joyful laughter. There were a few bass solos, too. Well formed improvs, with deep rounded tone, and even a pleasant high end. The rock PA burst out in resonance at times on some of the very low notes, but the singing was wonderful. Similarly the drum-man (I can’t bring myself to say drummer). I wondered if he had something in his hands for the hard clack sound which defined several claves (not sure), but his kit was beatbox effective. So, a hot rhythm, section (!) The voices as voices were high and clear and accented when singing English. The horns were plentiful: trumpets mostly, given the mime actions. Again, harmonised as a horn section or out front soloing or playing melody. This was an authentic band with all the instrumental voices, but vocal sampled. I questioned the band’s name when I first heard it, but it’s honest. That’s what this is. Vocal sampling, of pop and better of Cuban music. Fabulous Cuban music. I loved it, but not only that, I also enjoyed it.

Vocal Sampling is a Cuban a capella sextet. They performed at Stage 88 for Floriade.
Posted by Eric Pozza at 4:31 pm