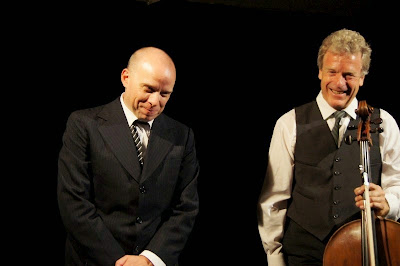 A wise mate once said to me that you should try everything once. I have attended theatre and even poetry readings before, but this was just that bit more hardcore. This was The Waste Land by TS Eliot. Perhaps the great modernist landscape in poetry. So they say. Certainly it was hugely dense and obscure, for me and others. But I could gather some classical references, Tiresias and Carthage and others, pick up some London references, chuckle at some modern allusions and generally gather the sense of despair at life shortly after WW1, like having sex then playing gramophone, of duties and loss and the manic forgetfulness of the flappers and deco. The program summarises WL's theme as "can a world so broken be redeemed". I was not the only one wondering about relevance to our own time, of consumption and short-termism and climate change. (Reading today in the SMH that there are only 5 northern white rhinos left in existence is symbolic*). Waste Land was performed by Hong Kong-Canberran Julian Lamb with cello accompaniment by David Pereira. This was a powerful and committed performance by Julian with gentle and responsive accompaniment from David. 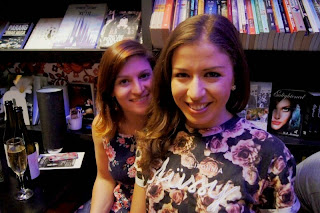 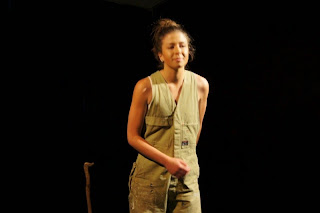 Cassie Brizzi started the night with a collage of quotes from Spears, Simon, Bowie, Previn, Leunig, Kesey and more gathered by Ernie Glass into a work called Tales of ordinary madness. This was far less obscure than TS Eliot and another worthy piece. A woman tells her story from birth through school, imaginary friends, fears of control, caged bird metaphors, eventually to motherhood and loss of her mother. Nicely done, clear and relevant. Some of the lines strike home for anyone these days, thinking of Orwell and Snowden and corporatism and the rest; others are more specific to eccentricity and insanity. "I'd rather madness / than this sadness / in my heart". "Blue buttons / black machine underground" (admittedly, this one needs context). "Day after day / they steal my friends away". Or the memorable interaction with Mrs Oppenheimer who sees the essential innocent goodness in the character's madness: :"You are crazy woman to be so good" (sic). "Look Mummy, no hands" is the hopeful; "They've got a system / and everyone's gotta fit in" is not.

Oh, I'd have been there in a flash if we hadn't had another commitment that night. I love TS Eliot. The wasteland is obscure in a way - full of literary, biblical and classical allusions but you can't escape it's overall meaning.

It's a bit expensive but one of the iPad apps I've ever bought is The Wasteland app (I wrote two or three posts about it on my blog - you might like to check that out rather than my try to explain here.) I think it was about $18 when I bought it a couple of years ago BUT it's an excellent example of what an app can do with a significant literary work.

I meant, "one of the best iPad apps".