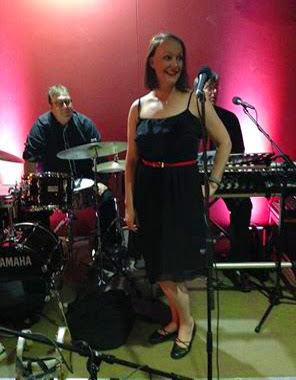 I blog first gigs with any players and last night's gig with Rachel and the Republicans was one of them. It was the first time I've played with Gary France and he was a blast. Confident and correct, tack sharp and snap loud snare on some grooving funk, luscious and easy swing and some stunning eights and other solo passages. All a bit loud, but this was fun. The Republicans were driving. Rachel floored me with power and delivery and Mike and Rachel with their have developed a neat and witty harmony interplay on a string of tunes. Rach and Mike have been working frequently as the duo, In 2 Deep, as well as having recently recorded an album; it shows. I didn't manage to take all this in, concentrating on my own part, but Richard, too, was intriguing in a string of solos, and neatly inserting fills and comping at other times. As for me, it was double bass all night, big sound and some very satisfying grooves but a few same old same old habits in soloing. This was great fun with some impressive playing on standards but also a string of wonderful tunes from Mike's pen. My thanks to all. It's a pleasure and a privilege to perform with such players.