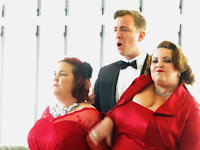 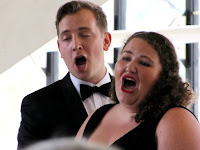 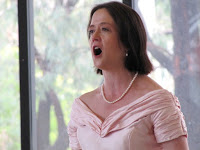 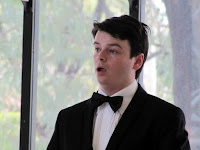 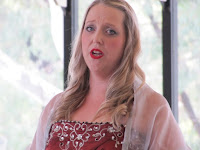 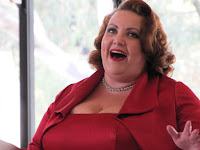 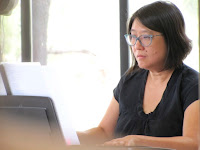 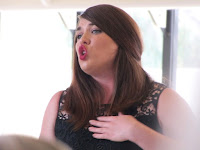 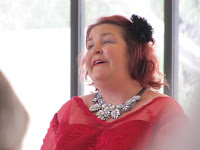 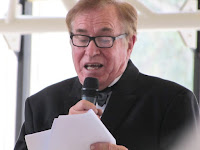 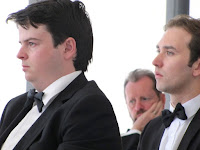 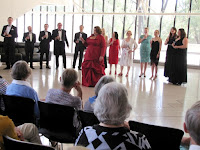 What is this? Me, opera? Again? It's a surprise to me too but I enjoyed it well enough. Canberra Opera is a community company. They performed at the High Court prior to their upcoming season of Die Fledermaus and they were good and they were entertaining. This was mostly a hot shot set of arias, so not the whole story, with piano accompaniment, so not the full orchestral treatment, but the voices were good and there was a sense of drama and performance even if often enough just tongue-in-cheek. Opera is different in this respect from other singing: it's dramatic and it shows even in these snippets. This was a good 90 minutes, from Carmen, Handel, Tannhauser, Don Giovanni, Donizetti, Gounod, Tosca and the like, and a collection of tunes to finish up from the upcoming Die Fledermaus. There were some jokey love songs and one with two women vying for one mild man and a champagne chorus with empty glasses as props (the thought as there) and a few more serious numbers, not least a song from Rachmaninov. There were a string of singers, I guess mostly tenors and sopranos, and one piano backing the lot. The audience is keen at the High Court and the singing was vibrant and pleasurable and often fun, so this was a pleasurable outing, and it's so great to see our local amateur opera company is working away. Congrats to Opera Canberra.